Feminists of the world, throw down your chemises!

In support of the Tunisian activist Amina Tyler, who received death-by-stoning threats for posting two topless pictures online, feminist protesters have declared April 4, Topless Jihad Day — and called on women to bare their breasts as a show of solidarity. 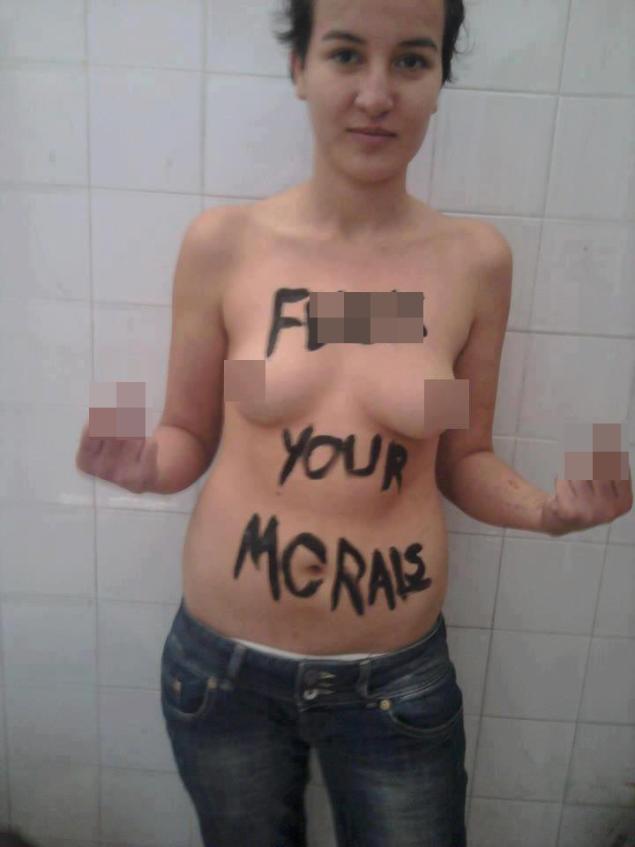 Amina Tyler, who posted photos of herself to a Tunisian Femen Facebook page, was a target of conservative outrage.

"This day will mark the beginning of a new, genuine Arab Spring, after which true freedom, freedom without mullahs and caliphs, will come to Tunisia," Femen said.

"Long live the topless jihad against infidels! Our tits are deadlier than your stones!"

The jihad is intended to further the group's indictment of "misogyny — Islamic or otherwise" that Amina catapulted to international attention with a topless picture of herself, with "F--k your morals" sprawled boldly across her torso. 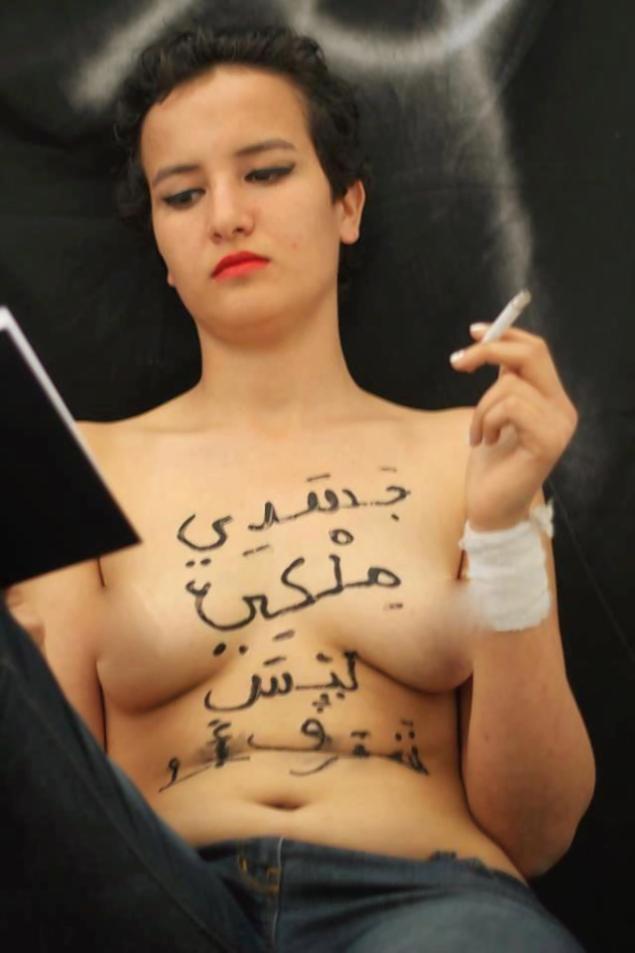 "My body belongs to me, and is not the source of anyone's honor," reads the message on Amina's chest.

A second image shows Amina reading a book and holding a cigarette with a message in Arabic: "My body belongs to me, and is not the source of anyone's honor."

Amina's protest outraged more conservative pockets of Tunisian society. Tunisian newspaper Assabah News quoted Almi Adel, who heads the Commission for the Promotion of Virtue and Prevention of Vice, as saying that Amina should die for taking the photos.

"The young lady should be punished according to sharia, with 80 to 100 lashes, but (because of) the severity of the act she has committed, she deserves be stoned to death," he said. 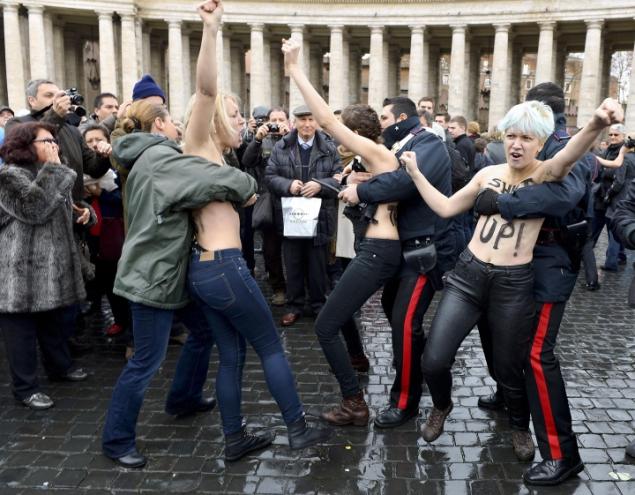 "Her act could bring about an epidemic. It could be contagious and give ideas to other women. It is therefore necessary to isolate (the incident). I wish her to be healed."

Likewise, hundreds of women challenged anyone who thinks "killing a woman is more natural than recognizing her right to do as she pleases with her own body" by inundating Femen with topless photos of themselves with supportive messages for Amina written across their breasts, many reading, "Free Amina."

As the controversy escalated, Amina receded from the public eye and the rumor mill began churning out theories of her whereabouts. Both French magazine Marianna and Femen recently claimed to have found Amina in her family's home where she is forbidden to communicate with the outside world.

"Topless protests are the battle flags of women's resistance," Femen said, "a symbol of a woman's acquisition of rights over her own body!"