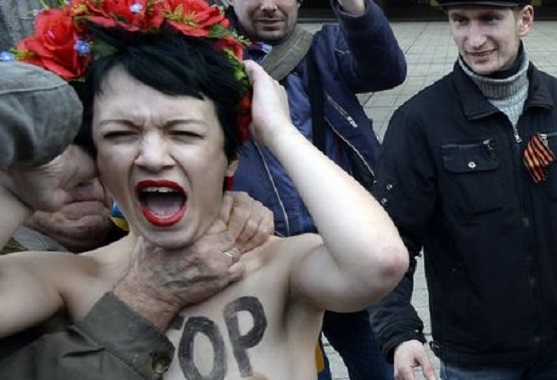 Bare-breasted Femen activists got a hostile reaction when the radical group brought its full-frontal feminism to the troubled region of Crimea.

One member of the group was throttled in the street by locals during a protest against action by Russia in the region.

The topless protesters got rough treatment from Crimean self-defence units from the Interior Ministry, who were dressed in military gear.

The radical group's website named the noisy event "F*** you Putin". It took place outside the Crimean parliament building in the city of Simferopol, as politicians inside voted to join Russia ahead of a public referendum.

The decision came as part of the continuing dispute between Russia and Ukraine over national sovereignty in the disputed region.

Femen was founded in Ukraine in 2008 and its members have carried out many protests against traditional institutions in the country and around Europe. 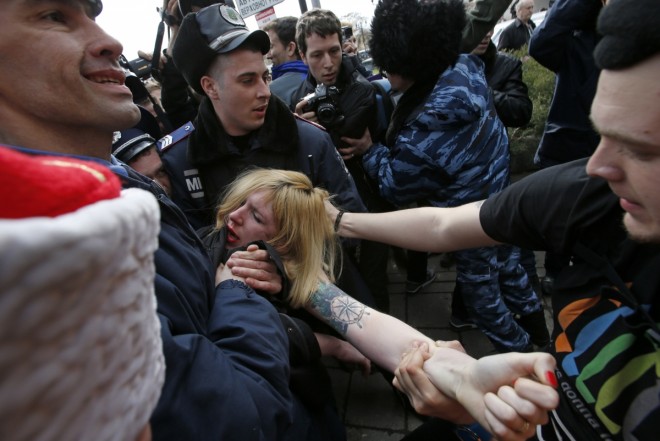