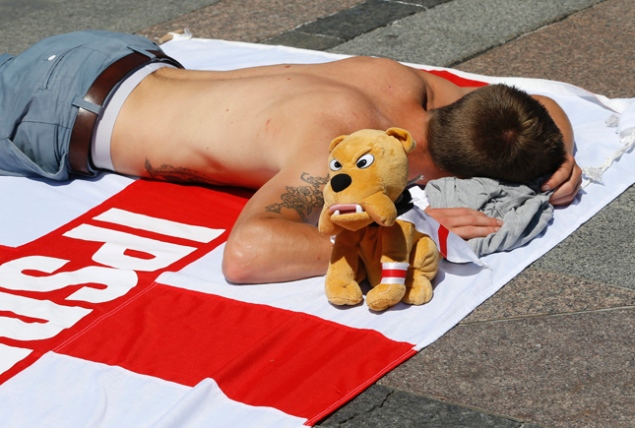 Italy ended up winning the shootout, 4-2 , but we think there should be a different way to decide a winner, especially in the quarterfinals of a major tournament. So in some strange, barely-related way, we support the Ukraine’s most notorious feminist group in its disapproval of what transpired on the field at Kyiv’s Olympic Stadium.

Italian fans, on the other hand, have no complaints about the final score. That said, the Azzurri did make the supporter below suffer more than she should have, considering her team dominated throughout the run of play.

… but that joy turned into sorrow after Ashley Young and Ashley Cole missed their penalty kicks.

While Italy prepares to meet Germany in the semifinals, Roy Hodgson and company are getting ready for their return flight to England. Their fans, however, may need more time to recover before making the trip back home.