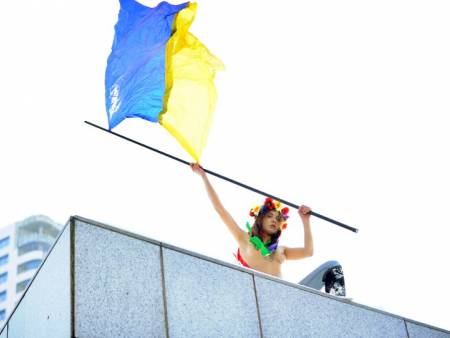 KYIV - A leading male activist with Ukrainian feminist rights movement Femen was beaten up in a brutal nighttime attack, the group said Thursday, blaming the Ukrainian and Russian special services.

Viktor Svyatskiy was left with severe bruising to his face, a suspected broken jaw and broken teeth in the assault late on Wednesday in central Kyiv, Femen said in a statement.

The incident comes ahead of a visit to Ukraine by Russian President Vladimir Putin later this week.

The Femen statement described Svyatskiy as a "political consultant" working with the group while Ukrainian media said he was one of their ideologues.