Three activists of the feminist group lunged at Berlusconi as he arrived at the polling station on Sunday.

According to the report, the women held a topless protest, wearing only jeans, under the slogan "Basta Berlusconi" (Enough with Berlusconi). 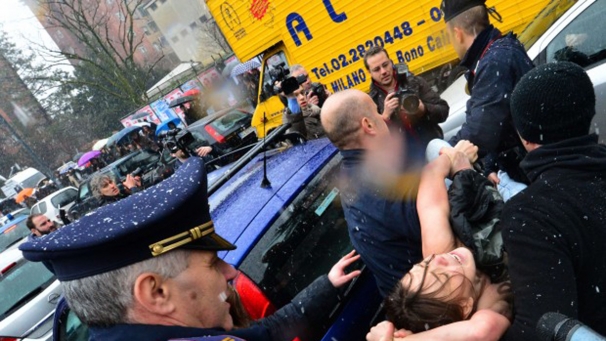 Two Ukrainian and one French woman participated in the protest. The activists were quickly arrested by police, who struggled to put their jackets and handcuffs on the women. 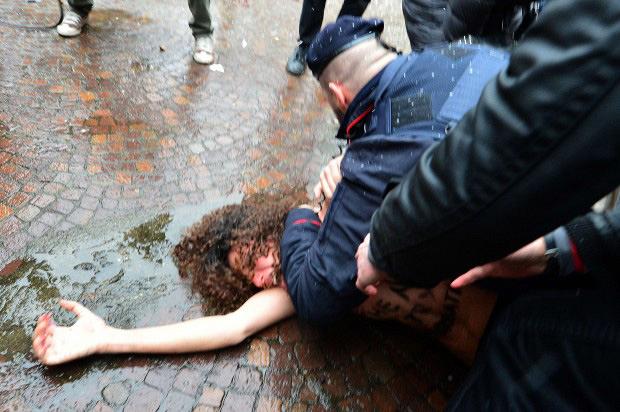 Italy's parliamentary elections, which are seen as crucial for the country's effort to address its economic problems, kicked off Sunday. Recent estimates gave a lead to Pier Luigi Bersani's centre-left alliance, thought to be a few points ahead of the centre-right bloc led by three-time premier Berlusconi.

Ukraine's radical feminist movement Femen was established in 2008 and devoted mainly to protests on women's issues. Later, the group made headlines for pro-democracy and anti-corruption protests in Russia, Ukraine and London.