It’s winter in the northern hemisphere, but in Brazil, the earth is warming. And one young woman there is saying good-bye to winter in more ways than one.

Sara Fernanda Giromin has been known by the nom de guerre Sara Winter — and will continue using that as a pen name with a book she just published. She is throwing off the winter of radical feminism and pro-abortion politics and seeking the warm embrace of the Church after apologizing for offending Christians in her days as a topless activist. 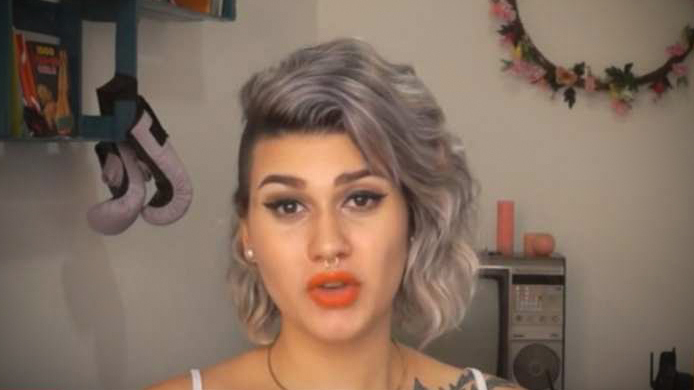 Giromin founded the Brazilian affiliate of Femen, the international movement that draws attention to its cause by leading bare-chested protests in churches and other places where they are bound to run into resistance. The 23-year-old now says she rejects Femen for its embrace of abortion and homosexuality, among other issues. She has written a book about her conversion and pledges to donate a percentage of her proceeds to pro-life causes.

In an interview with Aleteia, the São Carlos resident said she had first been attracted to Femen because they displayed strength and courage in the face of police brutality. That appealed to someone who grew up in a household where her mother had suffered from a violent father, she said.

She contacted Inna Shevchenko, the founder of Femen, who invited her to Ukraine for training in the summer of 2012. Giromin returned to Brazil, found like-minded women there and proceeded to conduct topless protests. One in particular — which involved a same-sex kiss in front of a church in Rio — got her a lot of media attention.

Now she regrets such acts and has issued a public apology for offending Christian sensibilities.

She also has publicly expressed regret for the abortion of her first child, which she says was encouraged by her feminist comrades.

She gave birth to a daughter three months ago.

The movement left her disillusioned in many ways. “I think Femen is a really big illusion,” she said. “When you see them in the pictures, they seems really courageous, like goddesses, and when we met it was different: normal girls, nothing special, mean girls, who call other girls ugly and fat.”

As time went on, she was left with unanswered questions about the organization, such as “where the money came from, who pays them to make these protests. Here, I spent all my own money to represent the project and never received more than $100 in three years.”

Giromin said she was “forced into this leftist ideology: you need to be lesbian or bisexual because if you are straight, no one will pay attention to your problems. They would say, ‘I don’t care if you are raped. You are religious and your religion raped a lot of women.’”

She said she quit when she realized that followers are not really allowed to help other women. “The moment my child was born, I decided to go public and saw I am no longer a feminist because I don’t believe in abortion. I am a Christian. I believe in Jesus Christ.”

Though she had been baptized in the Catholic Church, she lost interest in the Church when she was 14. “I never put myself against religion. When I was a feminist I fought for secularism but I realized I offended a lot of Christians with my protests. I always believed in God, in Jesus Christ, but I was not inside the Church. … I believe in the Virgin Mary; she helped me a lot through my pregnancy. She never left me alone, so I am really grateful. I want to follow Jesus’ route to love people. … I’m not in the Church at this moment, but I would like to come back. I don’t know when or how because I am truly embarrassed by my behavior, but if someone wanted to help me I would be grateful.”

In the meantime, she is supporting the pro-life pregnancy help center Casa de Amparo Pró Vida São Frei Galvão and has teamed up with a Christian psychologist named Marisa Lobo. Together they want to speak out against the gender ideology that is finding a welcome in Brazilian schools. “We want to warn people this is not good for our children,” she said. “We don’t believe it exists, and it’s really wrong they want to teach our children they are not boy or girl, they can be whatever they want.”

Lobo invited her to represent Brazil together with the group Brazil sem aborto — Brazil Without Abortion — at the March for Life in Washington DC, on Jan. 22. All she needs is a visa.

And a winter coat.