"If the IOC keeps flirting with radical Islam, new Olympic disciplines, such as stoning or speed raping, will be added to the competition," they claimed. 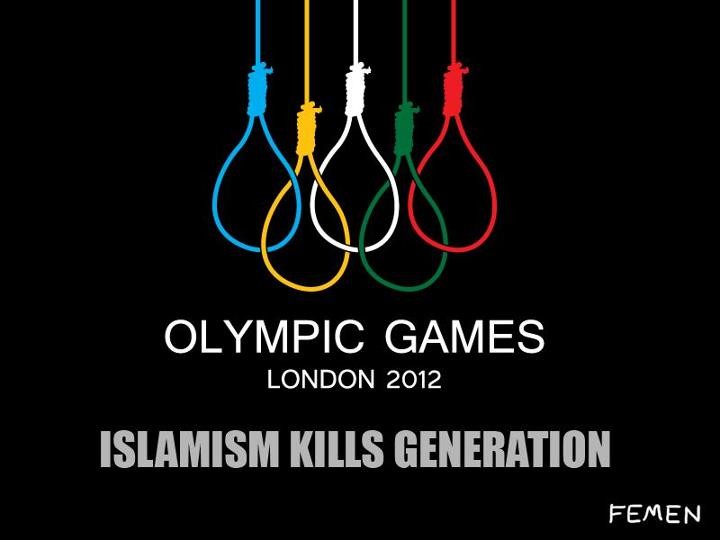 In May, topless members of Femen seized the football trophy of the Euro 2012 on display in Ukraine to protest against the increase of sex tourism in the former Soviet republic.

In April, members of Femen staged a naked protest to defend Ukrainian women's rights to abortion. The activists climbed to the top of the Cathedral of St Sophia in the centre of Kyiv and stripped from the waist up to protest against a bill that would ban abortions in the former communist country.

Members of the group, protested naked in Istanbul on International Women's Day to put the spotlight on domestic violence in Turkey.

They previously disrupted the Russian presidential vote in a Moscow polling station on election day when they paraded half naked to draw attention to widespread claims of vote-rigging at the presidential polls.