Some nine women with the Ukrainian group Femen flashed their breasts at the iconic site while ringing the cathedral's huge church bells and shouting "Pope No More." 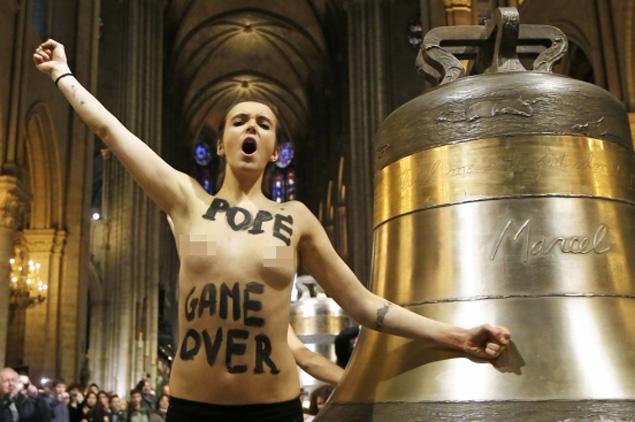 A woman pounds a new bronze bell cast for the cathedral's 850th anniversary this year. 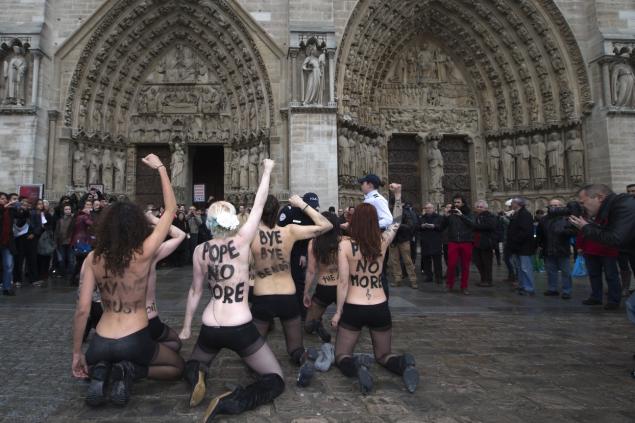 Women with the feminist group Femen continue their “celebration” outside the Notre Dame cathedral in Paris.

Benedict stunned the world Monday when he announced his decision to step down as pontiff, citing deteriorating health and "advanced age." He is the first pope to resign in almost 600 years. 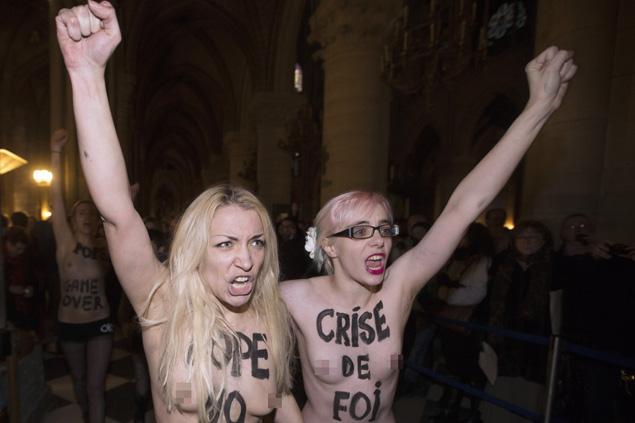 The protesters bear their chests, emblazoned with the phrases, “Crise de Foi” (Crisis of Faith) and “Pope No More.”

The female activists, calling themselves "provocateurs," quickly stormed the Notre Dame in long coats, shedding them before dashing to the altar to ring a new set of bronze bells cast for the cathedral's 850th anniversary this year.

Cathedral security eventually dragged the bare-breasted protestors outside as visitors shouted in displeasure. 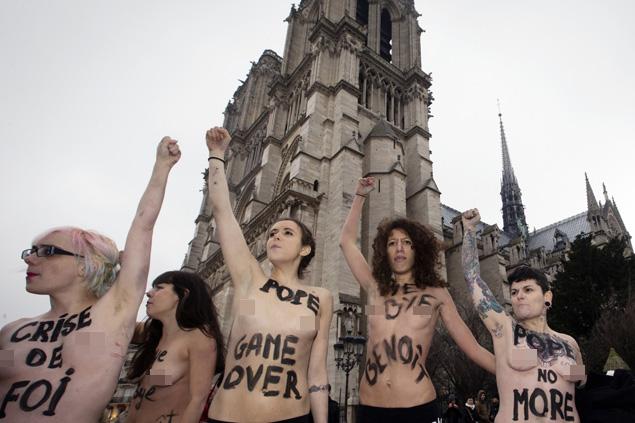 Femen has made headlines for staging topless protests since 2010.

"This is a sacred place, you can't strip here," said an unidentified Frenchwoman, according to the Agence France-Presse. 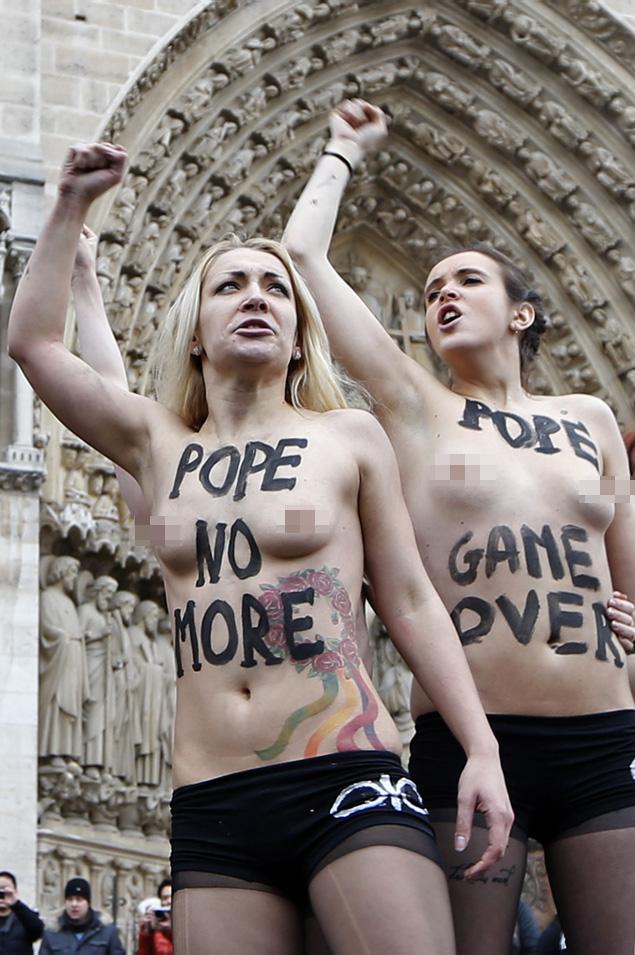 The women said they were also celebrating the French Parliament’s decision to approve a draft law allowing same-sex marriage.

The activists said they were also celebrating a bill to legalize same-sex marriage, which was passed by the lower house of the French parliament Tuesday. 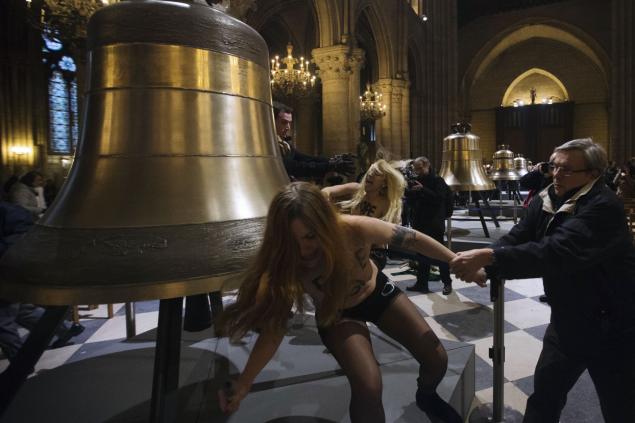 Cathedral security officers drag the topless activists out of the cathedral on Monday.

Members of Femen have made headlines for staging topless protests in Russia, France, Ukraine and the UK since 2010.

In early January, the group rallied in front of Benedict’s private apartment in St. Peter’s Square to protest the Roman Catholic Church’s opposition to gay adoption.