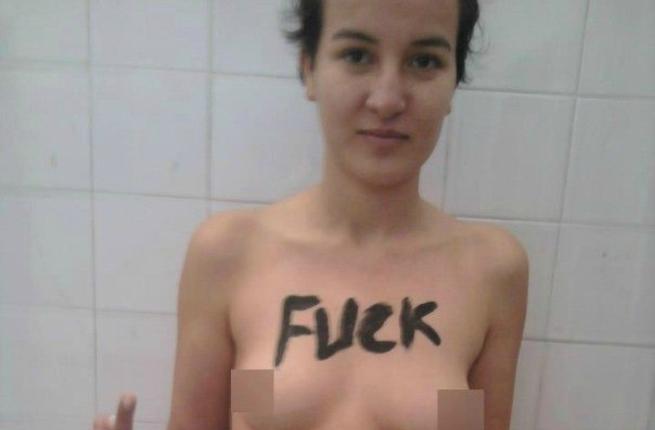 Amina Sboui, a Tunisian feminist activist who was detained for nearly three months, announced on Tuesday that she had left the international female protest group FEMEN because they are Islamaphobic.

"I do not want my name to be associated with an Islamophobic organisation," she told the Huffington Post's Maghreb edition.

"I did not appreciate the action taken by the girls shouting 'Amina Akbar, Femen Akbar' in front of the Tunisian embassy in Paris," Sboui said during her interview.

Those chants were a parody of Allahu akbar (God is greatest), a phrase frequently used by Muslims to express their allegiance to and praise of God, AFP reported.

Amina also levelled criticised the group's burning of the black Tawhid flag, which in Islam affirms the oneness of God, infront of a mosque in Paris.

"That offends many Muslims and many friends of mine. We must respect everyone's religion," she told the Huffington Post.

The FEMEN protests in question were held while Amina was held in a pre-trial detention for dousing the word 'Femen' in paint on a cemetery wall in protest of a planned meeting of Salafists in the Tunisian city of Kairouan in May.

She was released at the beginning of August pending her trial for desecrating a cemetery.

"I don't know how the movement is financed. I asked (Femen leader Inna Shevchenko) several times, but I didn't get a clear answer. I don't want to be in a movement supported by suspect money. What if it is financed by Israel? I want to know."

Femen was founded in Ukraine and now based in Paris. The group has gained notoriety and fame for its topless protests against dictatorships in support of women's rights.

Amina, who now calls herself an "anarchist", caused a scandal earlier this year after she posted topless pictures on Facebook. It was a move that earned her threats from Tunisia's increasingly hardline Islamists and a wave of online support.