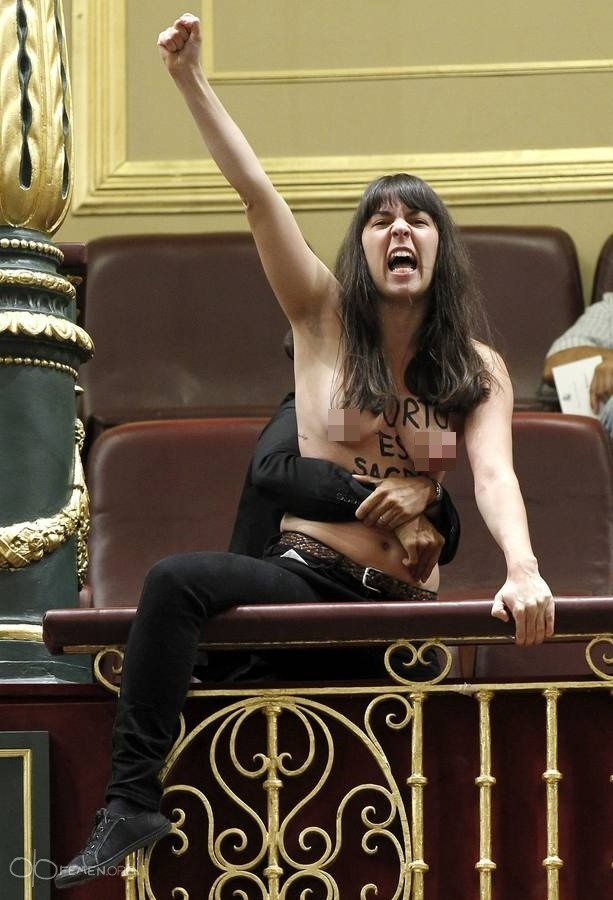 A group of topless female activists have launched a protest against Turkish Prime Minister Recep Tayyip Erdogan, following his recent decision to ban Twitter and YouTube in Turkey.

Activists from the radical group Femen brandished the words "Ban Erdogan" on their chests in the Istanbul polling station where the beleaguered premier had been scheduled to vote, ahead of local elections this week.

Femen had already forced Erdogan to change the location of his vote, after the group promised to protest at an elementary school on the Asian side of Istanbul, where the conservative prime minister usually casts his ballot.

A Femen activist had earlier posted a topless photo on Twitter, her chest bearing the Google code that allows Turks to circumvent the Twitter ban, along with the hashtag #DirenTwitter (Resist Twitter).

Femen, a Paris-based group founded by Inna Shevchenko in 2008, has staged topless protests in several countries including Ukraine, France, Russia, Spain and Tunisia. They have even infiltrated the Vatican to carry out a bare-chested demonstration.

Erdogan has banned Twitter and YouTube after a series of leaked videos in which he and his senior ministers were implicated in corrupt activity.

The calls included a conversation in which the prime minister asked his son to remove money from a house, and a discussion with his head of intelligence and foreign minister about a "false flag" attack on Syria.