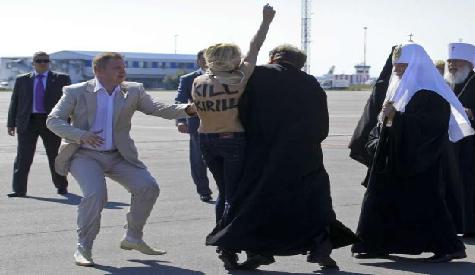 KYIV, Ukraine — A topless Femen protester attempted to attack the Russian Orthodox Church’s leader in Kyiv on Thursday, while bearing a hateful message on her body.

The topless protester, identified as Femen member Yana Zhdanova, was able to get within a meter of Patriarch Kirill at Kyiv’s airport, but she was stopped from going farther by a security guard and a priest, reports The New York Daily News.

Zhdanova sported the words “Kill Kirill” on her back in large black letters, and also shouted a phrase from a religious ritual that is aimed at expelling demons. The rough translation of her words was, “Kirill, go to hell.”

The topless protester is currently being held at the airport. Soon, she will be taken to court and will most likely face a fine, as well as several days in custody for the incident, according TheStar.com.

The commotion between the topless Femen activist and Patriarch Kirill has worsened tensions between Moscow and Kyiv, because of Ukraine’s attempt to move out from under Russia’s shadow spiritually, economically, and politically.

While Ukraine’s main Orthodox Church still falls under the rule of Kirill’s Moscow Patriarchate, there is a growing movement, which the topless protest showed, to create a strong and unified Ukrainian church that would rival Moscow’s. 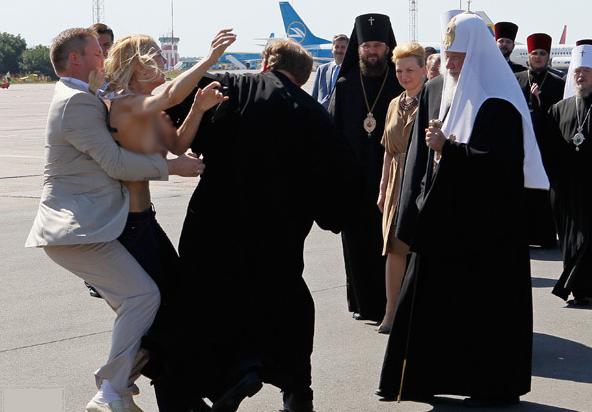 Ukrainian Orthodox Church spokesman Vasily Anisimov stated that the church will not be pressing charges against Yana Zhdanova for her topless protest, explaining:

“The girl has been shamed and lectured and I think this is quite enough. If we put a policeman next to every sin … what will our life become?” 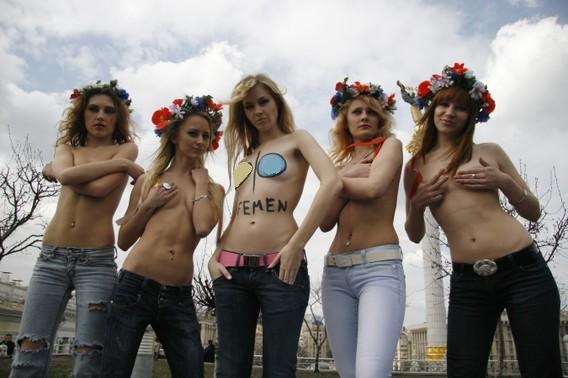 This is not Femen’s only topless protest in recent months. RT.com reports that three topless protesters representing Femen were arrested in Davos in January after they raged against the current World Economic Forum, which the activist group believes is overlooking the poorest people among us. The three bare-breasted protesters were detained after they climbed a security fence guarding the forum’s site. 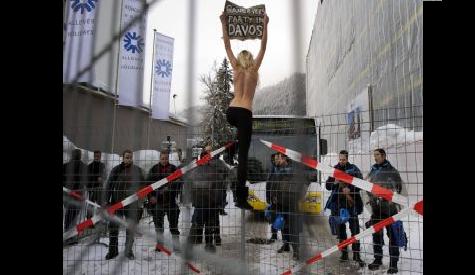 Check out the videos below to see the Femen topless protests on Kirill and in Davos.

Do you think this is a good way of getting their point across?