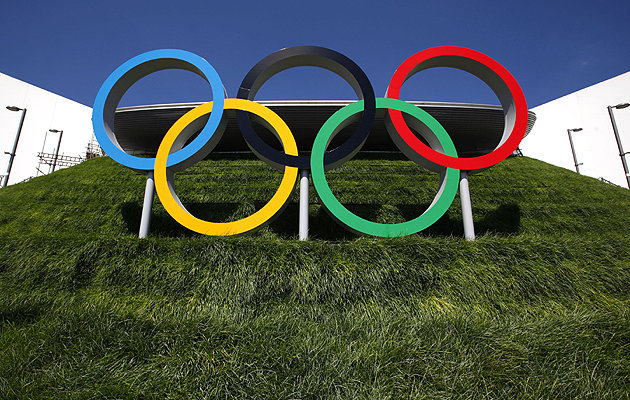 Two topless women painted with the slogans "Olympic shame" and "No Sharia" protested in front of London's City Hall on Thursday to draw attention to what they called "bloody Islamist regimes" taking part in the Olympics.

They were members of Ukrainian women's rights group Femen, which has staged numerous topless protests across Europe, including at the Euro 2012 tournament in Poland and Ukraine where their concern was prostitution in host cities.

"The regimes are fascists of our time, they treat women like third-class citizens," said protester Reza Moradi, without specifying any countries. "This is what we object to, this is what they are protesting against."

Smeared with fake blood and wearing floral wreaths on their heads, the two topless women ran around the entrance of City Hall in central London for around 10 minutes chased by a third protester before being covered up and led away by police officers.

A spokeswoman for the International Olympic Committee (IOC) had no immediate comment.