Nine members of Ukrainian group Femen drew crowds as they marched through the
French capital with 'Pope no more' scrawled on their bare boobs.

The women - wearing just tights and hotpants - then entered the 850-year-old
Catholic church and surrounded one of two huge bells on display, before
ringing it. 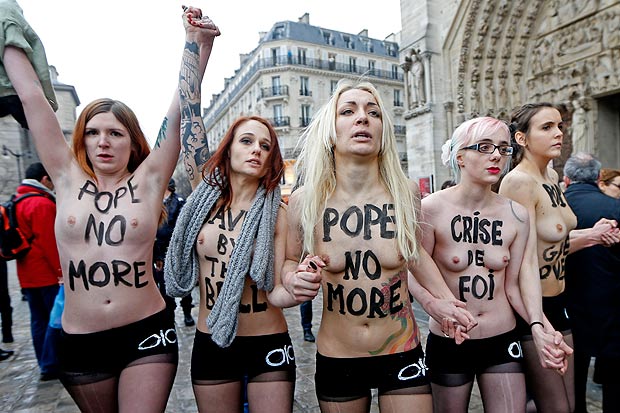 Staff quickly arrived on the scene and pulled the protesters away, before
kicking them out of the cathedral. 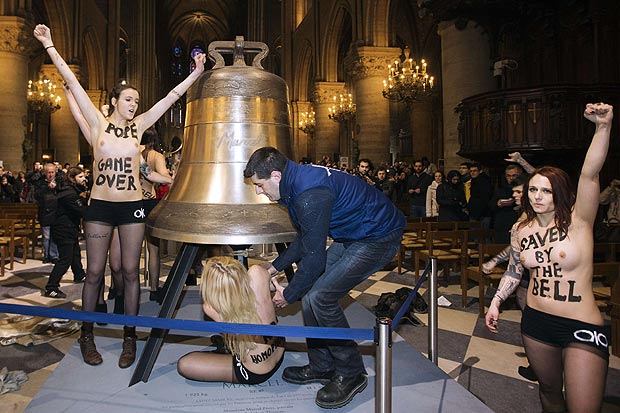 The women, who described themselves as "provocateurs", refused to
explain why they targeted Pope Benedict XVI - who shocked the world when he
stood down on Monday.

But they told passers-by they were also marching in support of gay marriage -
which could be legalised in France if it gains the support of the lower
house of Parliament in a vote this week. 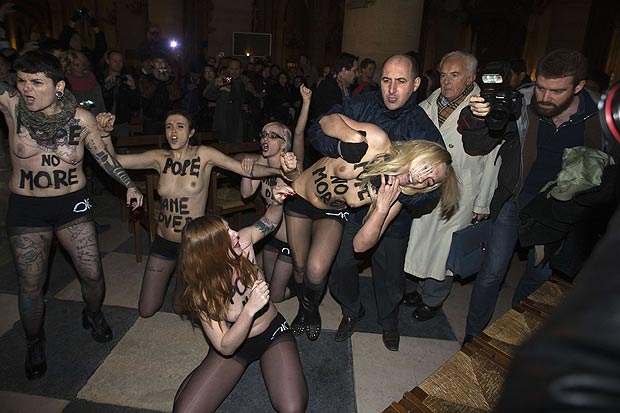