New Delhi: Four activists belonging to a women's group in Ukraine went topless at the Indian embassy in Kyiv to protest New Delhi's alleged plan to block Ukrainian, Russian and Kazakh women from entering India as part of a national anti-prostitution campaign.

The topless activists climbed the Indian embassy's balcony and unfurled banners that said, "Ukrainians are not prostitutes!", "Delhi, close your brothels" and "We demand apologies".

The women belonged to Femen, a Ukrainian protest group based in Kyiv, which became internationally known for organizing topless protests against sex tourists, international marriage agencies, sexism and other social, national and international ills. 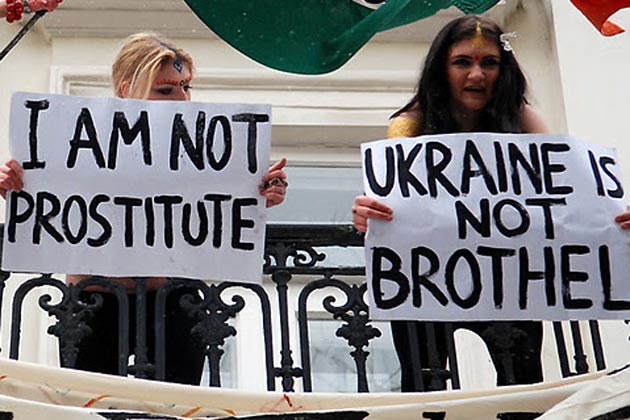 The group's blog said that by issuing such an order, India has gravely insulted the women of Ukraine, Russia and Kazakhstan. "Indian prostitution is directly conducted with impunity of the country’s criminal business. Blaming it on women is a shame for the heirs of such a rich and old culture," the blog said.