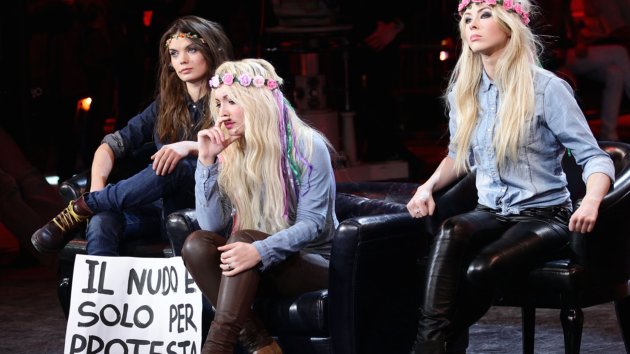 Stefania D'Alessandro/Getty Images(KYIV, Ukraine) -- A group of bare-breasted young women scaled the front of the General Prosecutor's Office of Ukraine this week, carrying signs saying "Death to Rapists" and "The Country Wants Vengeance," protesting the handling of the case of a young woman who was raped, dumped in a ditch and set on fire.

The demonstration in support of Oksana Makar, whose case has horrified Ukraine, is just the latest for the topless activists from the women's group Femen, which protests against prostitution, sex trafficking and violence against women.

"We want to scare men who think they can treat women like animals. We want to bring attention to this problem -- to let the world know what is happening in this country and to stop it," said Inna Shevchenko, one of the participants in the protest.