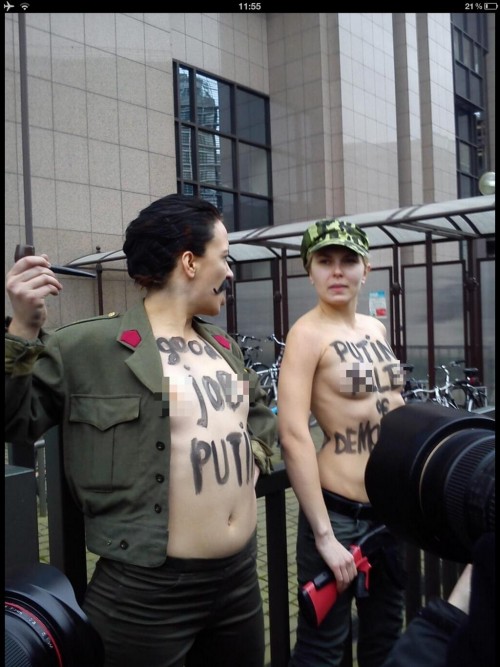 Two members of the radical feminist group Femen  staged a topless protest in Brussels against Russian president Vladimir Putin and in support of the pro-EU demonstrators in Ukraine.

The "sextremists – as Femen call its members – took off their tops ahead of Putin's arrival at a European summit.

Putin will sit down for talks with European Commission president Jose Manuel Barroso and European Council President Herman Van Rompuy to "clear the air" about growing tensions in Ukraine and trade and energy disputes. 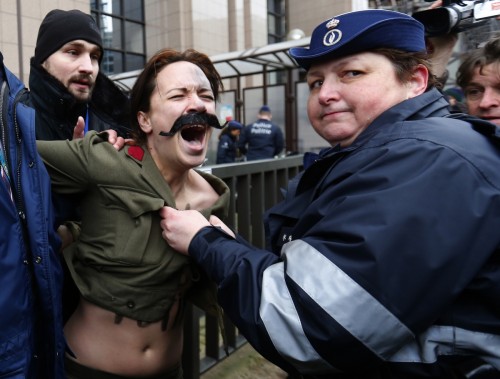 The activists had daubed "Good job Putin" and "Putin killer of demonstrators" across their chests and held a toy Kalashnikov at their protest. One sported a fake Stalin moustache.

Ukraine was set to dominate the talks, after prime minister Mykola Azarov offered his resignation in an attempt to end the protests gripping cities across the country. 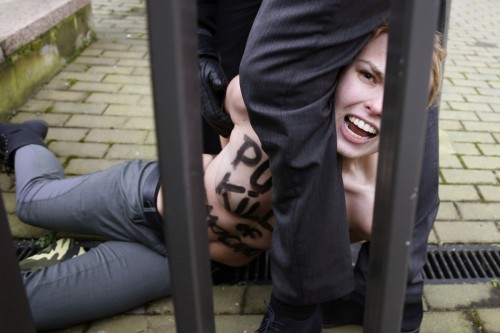 President Viktor Yanukovych pushed through legislation to curb protests and raised the threat of prison sentences for mass disorder.