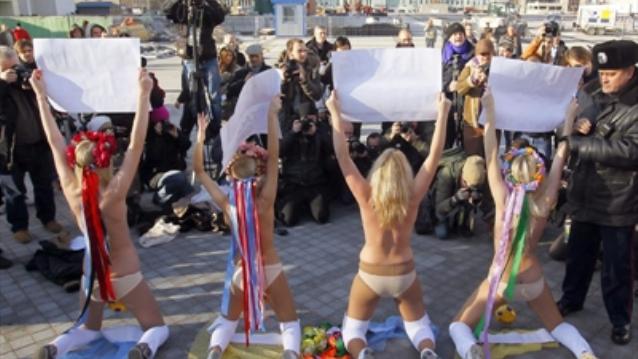 Ukrainian women's rights activists have staged a topless demonstration in Kyiv to protest what they say are attempts to legalise prostitution during Euro 2012.

Femen spokeswoman Inna Shevchenko says UEFA is 'trying to influence our government' to legalise prostitution during the June 8-July 1 tournament. UEFA is making the draw Friday.

Kyiv police arrived at the gates of the downtown stadium five minutes later.

The women were dragged into a police vehicle and driven away.

Femen has established an international reputation for staging semi-naked protests in Ukraine and abroad.