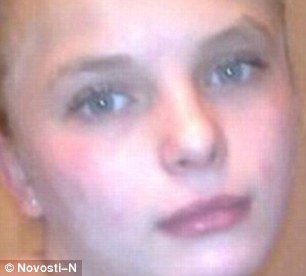 'I thought I had died': Oksana Makar claims she was gang-raped, dumped in a ditch and set on fire by three men

The shocking case of a young woman allegedly gang-raped, dumped in a ditch and set on fire by two sons of ex-government officials has sparked mass protests across Ukraine.

Naked campaigners led protests over the sloppy nature of the police investigation and the perceived leniency with which the suspects have been treated.

Some Members of Parliament have called for Ukraine to bring in the death penalty for the accused, with one even suggesting the alleged rapists be castrated.

The victim, Oksana Makar, remarkably survived the horrific attack in Mykolayiv on March 9.

But
the fire has stripped off 55 per cent of her skin and surgeons had to
amputate one of her arms and both her feet as they battled to keep her
alive.

The 18-year-old claims she was invited by Prisyjnikov and Pogosyan to their friend Yevgeniy Krasnoshek's apartment, where she was allegedly raped.

They tried to strangle her to death
before wrapping her in a sheet, dumping her in a pit at a construction
site and setting her alight, it was alleged in the Kyiv Post. 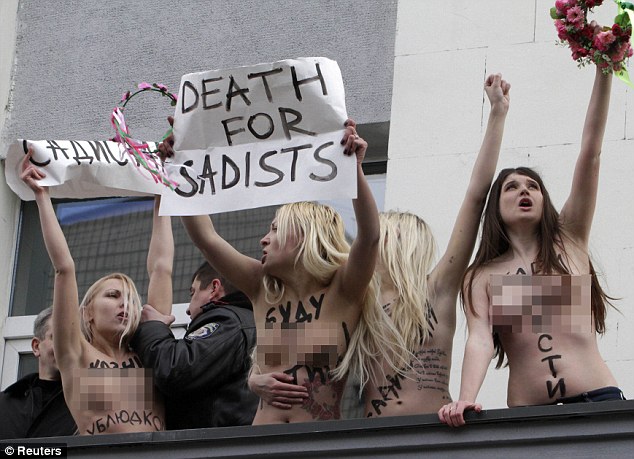 Makar was found barely alive the
following day by a man who heard her moaning. After undergoing surgery,
she was finally able to recount her ordeal to police.

In
an interview with Gazeta.ua, she said: 'I thought I would not survive. I
could not feel my body. At first, I was screaming for help.

'But there was nobody there, I began to pray. I thought I had died. I remember it all as if in a fog.'

The
three suspects were arrested, but two of them were released later that
day due to lack of evidence, according to the Mykolayiv prosecutor’s
office. 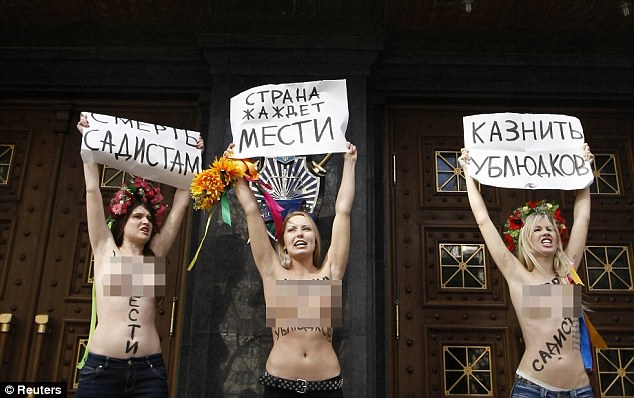 Outcry: Campaigners were also angry at the perceived leniency handed down to the arrested men, two of whom were initially released over 'lack of evidence'

Prosecutors say they did not question Makar because she was not conscious despite her mother insisting she was able to speak.

But anger erupted across the country when a chief police officer confirmed two of the suspects were sons of former government officials, one of whom apparently appeared in a YouTube video calmly describing the attack.

Women's rights group Femen staged a topless protest in front of the general prosecutors office in the capital, Kyiv, chanting 'Death to the sadists!' and 'Execute the b****s!'

The demonstrations led Ukrainian President Yanukovych to order the general prosecutor to oversee the case and on March 13 the two men were re-arrested and all three suspects were charged with attempted murder.