Where Femen Has Gone Wrong? 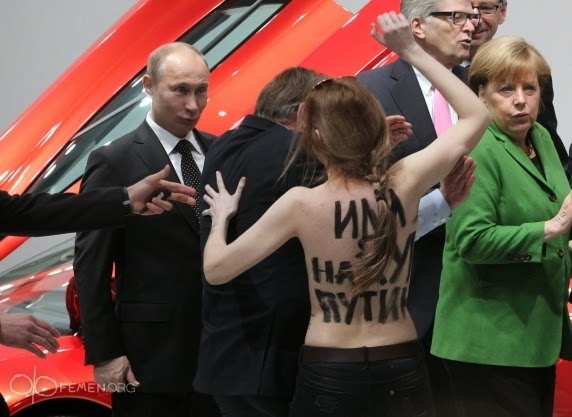 This image published by the Femen official website, I has a caption, F--k you Putin. 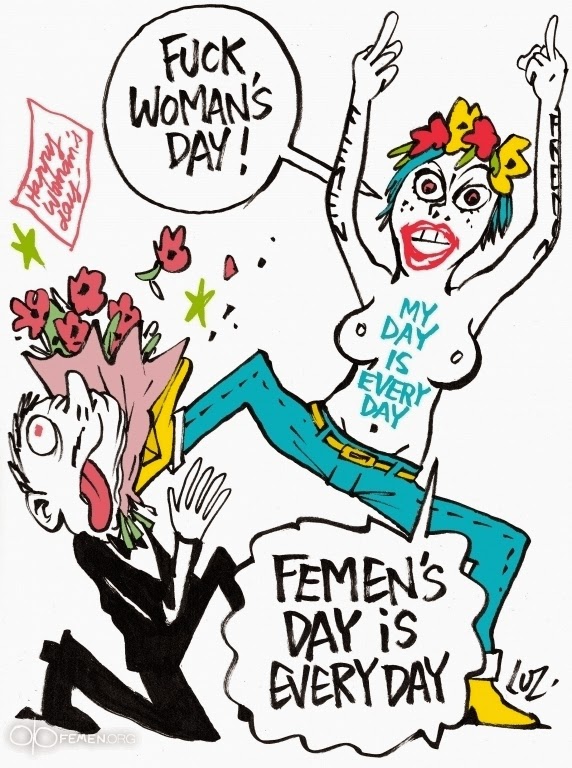 Cartoon published by the Femen official website
I agree with their concept of sexual positivity. In fact, I respect and support their act of claiming their bodies within a largely sexually repressive society. However, But, I do not agree with their methods. Muslim women can proclaim freedom for themselves. Forcing one ideology over another isn’t freedom. Not only is it wrong to claim that all women under the sweeping brush of “Islamism” (an Orientalist term that I frankly detest) are inherently oppressed, but it is even more thoughtless to claim that they are in need of some sort of saving. Moreover, imposing a specific standard of freedom on un-consenting women is just another form of trivialization and oppression.