Femen activists claim that Euro 2012, which Ukraine was co-hosting with Poland, was a centre spot for sex tourists- and was intented to make money out of the country's booming sex industry. 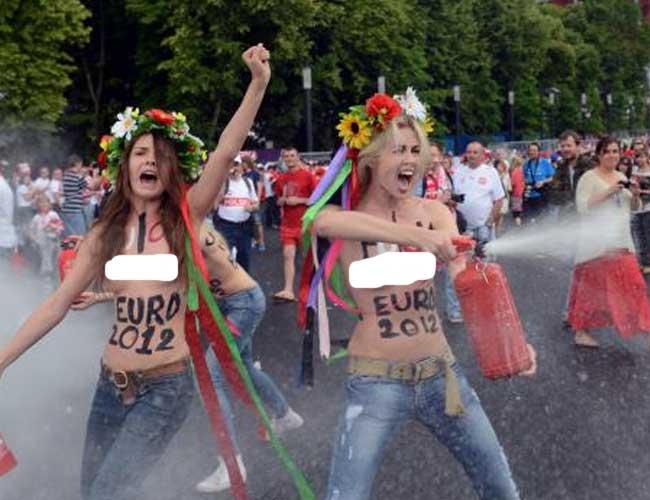 Thousands of Swedish fans who had gathered to drink beer and rally before Group D matches, booed and jeered at the topless activists.

Femen regularly stages bare-breast protests in Ukraine - and sometimes beyond - to highlight what it sees as political injustice, social abuse and the exploitation of women in Ukraine.