Ukrainian bare-chested protesters from feminist group FEMEN protested at the doorsteps of the Byelarusian KGB on 19 December 2012. They were wearing fake moustaches ''strikingly reminiscent of Lukashenko,'' and holding posters that read "Freedom for Political Prisoners" on the anniversary of a brutal crackdown on protests against president Alexander Lukashenko's controversial re-election.

Later that day they were kidnapped by men in civilian clothes. "We were blindfolded and put into a bus," Iryna Shevchenko said. "Then they took us to the woods, poured oil over us, forced us to undress -- threatening to set fire to us or stab us with knives. They later used those knives to cut our hair."

Then the activists were left alone in the woods, with no clothes or documents. The ladies made a long journey on foot before finding help in a small village deep in the south of Belarus, close to the Ukrainian border. 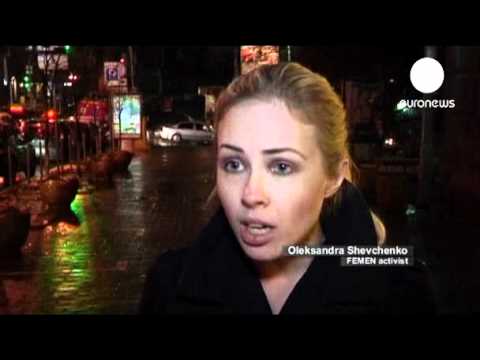