Femen ... we've just started hearing about this organization in the Arab world, after the controversy over a young girl in Tunisia posting her topless photo of herself on the net and then protesting against Salafists and being dragged to jail for that. 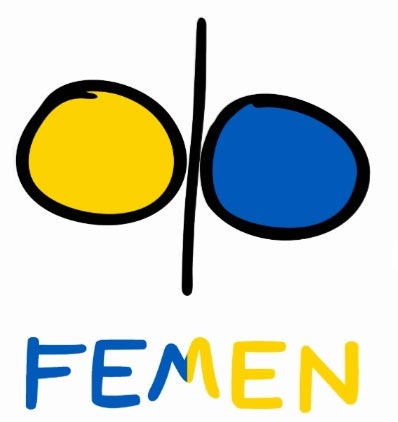 Femen has spread into our Arab and Islamic societies only recently, but the movement has gained some success in Europe and was founded in Ukraine back in 2008.
The organization calls for feminism extremism ... as they put it "radical feminism".

Femen protests against sexism, sex tourism, harassment, religious institutions and other female related politics. In short, the organization fights for women's rights.
But so far, their protests have only drawn the attention of the media because of their nudity, but have no substantial impact on reform.

Their causes are valid and important ... but their way is just too provocative and has so far accomplished nothing.

So, have you heard of Femen before?
What do you think of their way of protest?
Has any Femen related incident happened in your country?
Have you heard of Amina from Tunisia or Alia Al Mahdi in Egypt?
Are you WITH or AGAINST such type of demonstration?