Virtually everyone knows about the ice bucket challenge, which raises funds for research into amyotrophic lateral sclerosis.

In response to his visit to Milan, two Femen protesters removed their tops and drenched themselves with buckets full of symbolic Ukrainian blood.

"The Hague tribunal's prison yard should be the only venue for Putin," Femen states on its website. "Dictatorship must die! No to the war in Ukraine! FUCK YOU PUTIN!"

Femen was founded in Ukraine in 2008 by Anna Hutsol. She's an economist who was born in Russia and moved to Ukraine in 1991.

Russian authorities deported her to Paris in 2012 after she was detained at an airport in St. Petersburg, Russia. She has tried without success to obtain asylum in Switzerland.

To mark Hutsol's 30th birthday today, Femen posted the photo below on its website. 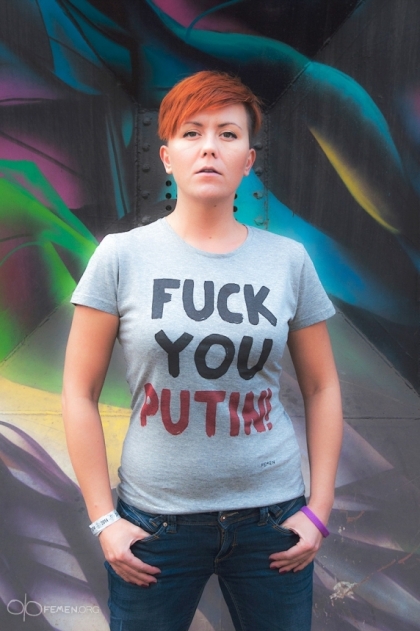