A group angered by the actions of topless feminist protestors is making its presence known on social media.

The members of Muslim Women Against Femen are encouraging supporters to participate in Muslimah Pride Day to show that they do not agree with the Ukraine-based group’s actions, including Thursday’s Topless Jihad Day. 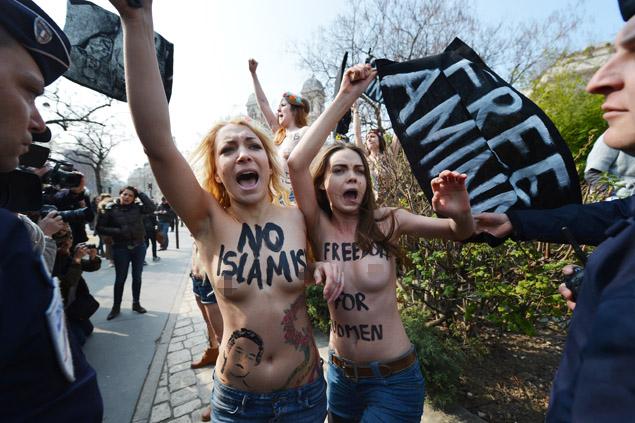 Femen activists participate in a topless protest near Tunisia's Embassy in Paris during Topless Jihad Day. Some Muslim women have organized an online counterprotest in response to Femen’s actions.

Muslim Women Against Femen urged those in agreement to post pictures of themselves no matter what they opt to wear.

“Muslimah pride is about connecting with your Muslim identity and reclaiming our collective voice,” organizer Sofia Ahmed wrote on the event’s Facebook page. “Whether we choose to wear hijaabs or not is (nobody’s) business but ours.”

Femen dubbed Thursday Topless Jihad Day. Members all over Europe held bare-breasted demonstrations to show their support for Tunisian activist Amina Tyler, 19, who received death-by-stoning threats for posting topless pictures online in which “F--k your morals” and “My body belongs to me is not the source of anyone's honor” were written in Arabic. 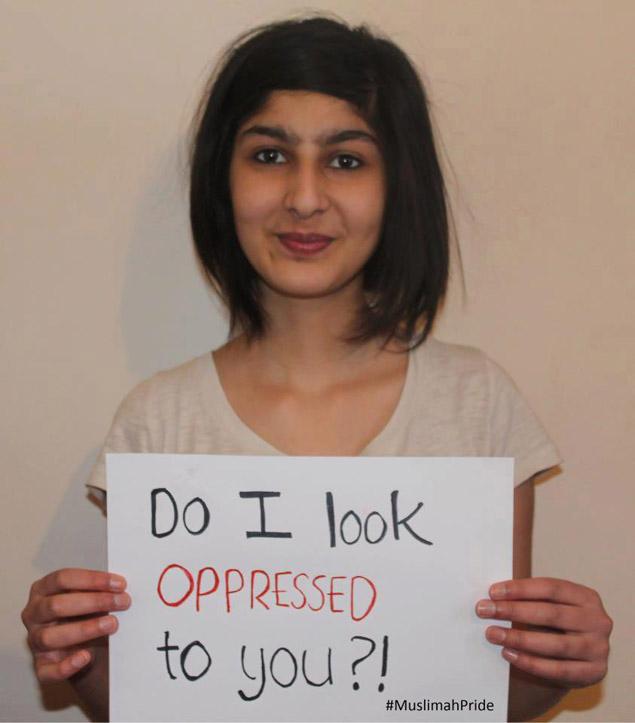 “Muslimah pride is about connecting with your Muslim identity and reclaiming our collective voice,” an event organizer wrote on Facebook.

"This day will mark the beginning of a new, genuine Arab Spring, after which true freedom, freedom without mullahs and caliphs, will come to Tunisia! Long live the topless jihad against infidels! Our tits are deadlier than your stones!" Femen wrote in a statement on its Facebook page.

In honor of in Muslimah Pride Day, women shared pictures of themselves holding signs with sayings like “Femen can’t tell me what I can and can’t wear” and “Nudity DOES NOT liberate me and I DO NOT need saving.”

“We have a brain. We don’t need your advice, Femen,” another counter-protestor wrote on her sign.