"She’s just a loose girl,” responded my Kyiv colleague when I asked her about how Ukrainian media were covering the tragic story of Oksana Makar, an 18-year-old girl from the southern city of Mykolayiv who had been gang-raped, strangled, dumped in a pit, and set ablaze.

On the day of our conversation, Oksana was fighting for her life. Her kidneys were severely damaged, one of her arms had been amputated, her lungs were in danger, and 55 percent of her body was burned.

I frankly didn’t know how to respond to such a value judgment from an intelligent and, by all previous indications, seemingly compassionate woman.

Sadly, her response mirrored that of many other people in the Ukrainian world of web forums, tabloid talk shows, and newspapers.

Oksana’s horrible story laid open the hardness and heartlessness that is part and parcel of today’s Ukrainian society.

People wrote that she was a slut, that she would pick up men in bars, that she had been detained for soliciting, that she got what was coming to her, that her mother was a chronic alcoholic who was using funds donated for her daughter’s medical care for her own use.

They also wrote that her alleged attackers were animals and should be killed, that this crime was indicative of a sick debauched society whose corrupt government cares little for its people and their troubles.

And then the spin began. 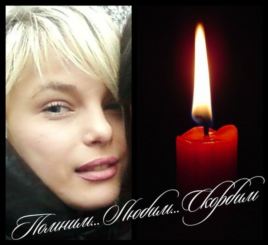 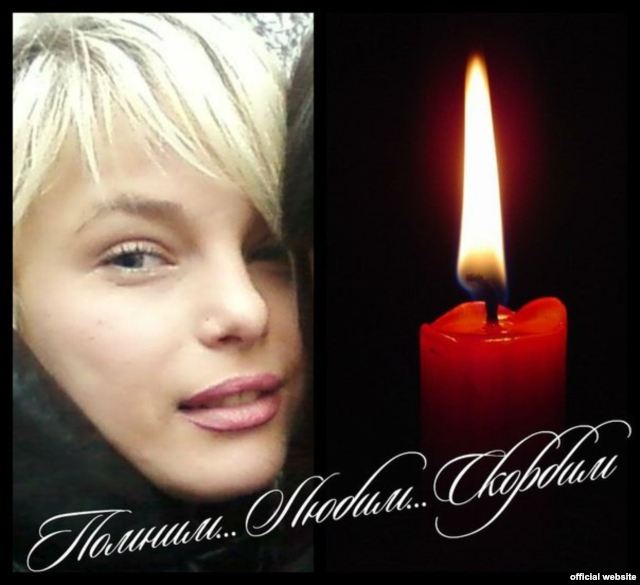 Oksana Makar: "We Remember. We Love. We're Angry."
​​A video appeared mysteriously; it was apparently leaked by the authorities. In the video, one of the suspects, handcuffed, recalls the events of the evening to a police interrogator.

Dispassionately, calmly, he describes the rape, the strangling, and the dumping of the body.

​​The authorities promptly began investigating the leak, only to later admit that they had released the video intentionally.

Another disturbing video appeared shortly thereafter of Oksana herself, speaking from her hospital bed. The video was shot by her mother, Tetyana Surovitska.

In excruciating pain, Oksana says that her attackers should be castrated and imprisoned.

Oksana’s mother was accused of exploiting her daughter’s tragic situation.

Several sites ran stories about letters from "criminal authorities" being sent to the Mykolayiv prison, where the suspects were held, with instructions to inmates about how to deal with them accordingly.

The news even made it to Russia, where a talk show on the country’s first state channel focused on how the perpetrators should be punished. As one panelist proposed, their genitalia should be cut off, dried, put on a string, and given to Oksana so she knows that they can never do to anyone else what they did to her.

Ukraine’s female protesters from the Femen group, whose trademark is to protest topless, stormed the state procurator’s office holding signs reading “Death to Sadists” and “The Country Demands Revenge.” They were quickly bundled off by the police, but not before the cameras had their fill.

Everybody cynically got in on the game while Oksana clung to life.

The young woman’s tragedy, however, also brought out the best in a people who are used to being downtrodden, psychologically abused, and exploited by their government on a daily basis.

Let’s start with the willingness to help.

Thousands of people sent money to assist with Oksana's medical care. They gave blood and reached out to her mother. Sympathy and support poured in. People were shocked by the event and appalled by the authorities' reaction.

When two of the three suspects in the case were released because they allegedly had connections to influential people in the area, there was a public outcry. People protested and demanded justice; the authorities had no choice but to rearrest the suspects.

Several prosecutors lost their jobs and the prosecutor-general took control of the case.

People prayed, held vigils, and searched for reasons and explanations.

And then Oksana died. After clinging to life for more than two weeks, her heart gave out.

After her death, all three suspects were charged with premeditated murder, in addition to rape.

Oksana’s mother announced that she would use the collected funds to buy Oksana a suitable gravestone and that she would donate the rest for the medical care of another victim of sexual assault who is in a coma in a local hospital.

She would bury her daughter in a wedding dress, she said, as her attackers “deprived her of the possibility of marriage.”

So ends the story of a “loose girl.” A girl who never had a chance.