LILLE, France — Feminist activists threw themselves on Dominique Strauss-Kahn's car Tuesday as the ex-IMF chief arrived at court to testify over his alleged role in sex parties with prostitutes.

Several topless protesters from the FEMEN group wore slogans painted in black on their chests as they tried to climb onto the vehicle before police pulled them away.

Allegations that Strauss-Kahn, 65, participated in a French sex ring emerged after criminal charges that he sexually assaulted a hotel chambermaid in New York were dropped in 2011.

He is accused of instigating parties he knew involved prostitutes between 2008-2011 in Lille, Washington D.C., Brussels and Paris.

His lawyers acknowledge their client took part in sex parties but say he did not know the women were prostitutes and so reject the charge against him of pimping, or in legal terms "procuring with aggravating circumstances."

Strauss-Kahn, who was once tipped to become French president, faces up to 10 years in prison and a $1.72 million fine if convicted. The three-week trial began last week. 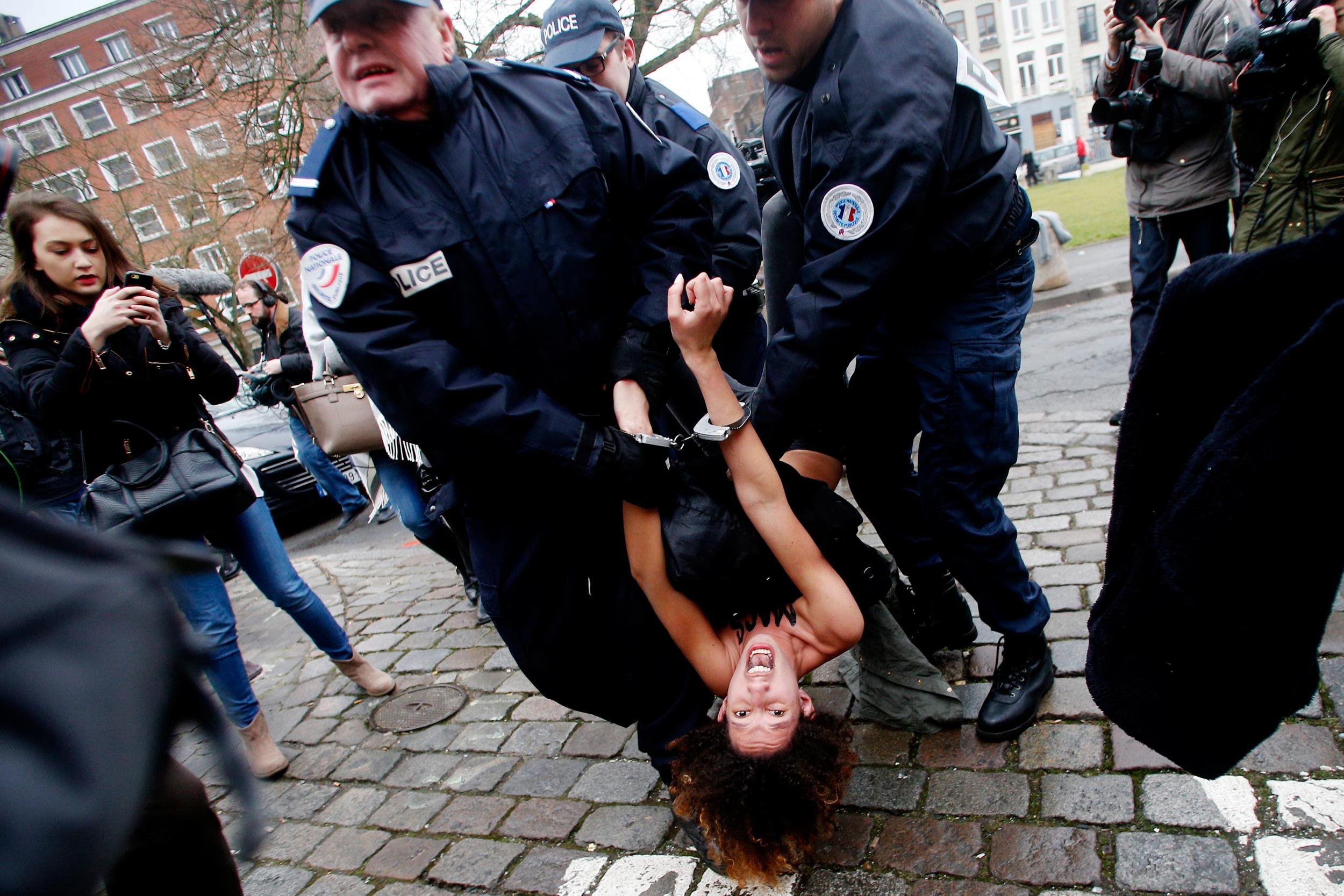