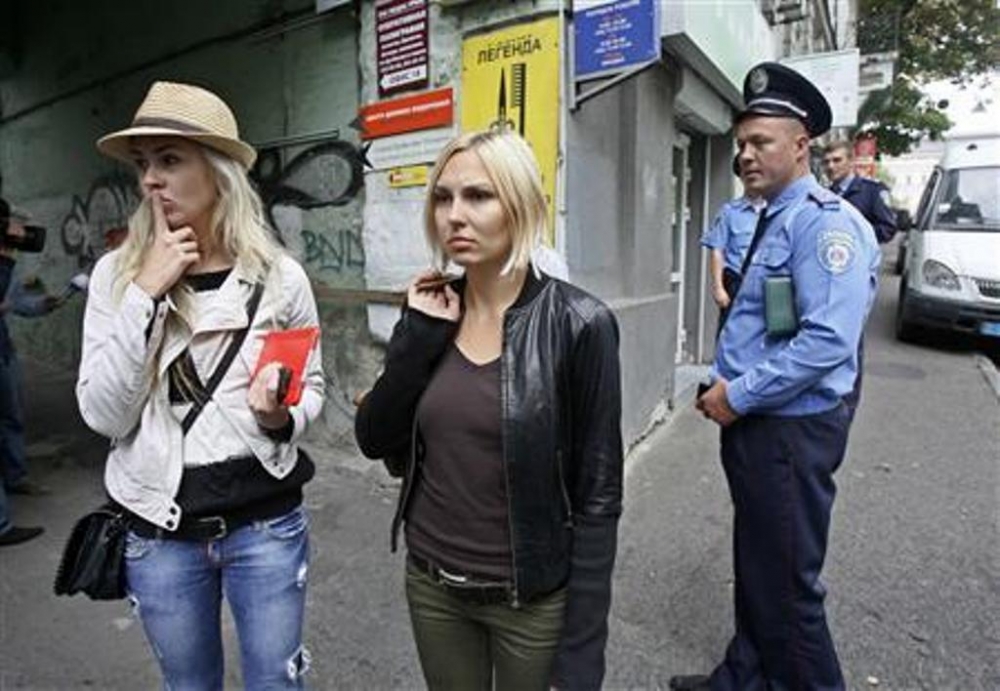 A topless abortion activist with the words "God is Woman" written across her bare chest was arrested in St. Peter's Square at the Vatican Thursday, after rushing the nativity scene and attempting to flee with a baby Jesus figurine.

Iana Zhdanova of FEMEN, a radical feminist organization from Ukraine that's based in Paris, stunned onlookers in Rome on Christmas Day when she stormed the nativity display wearing only jeans and sneakers. Video footage of the incident shows the blonde-haired activist proudly raising baby Jesus above her head and screaming an inaudible message to horrified onlookers before being apprehended by Vatican police.

The protest came shortly after Pope Francis unveiled the nativity while marking Christmas with a late-night mass in St Peter's Basilica.

According to FEMEN Zhadanova, who was covered with a coat and eventually whisked away by the Gendarmerie Corps of Vatican City State, was jailed overnight. The organization, which has a history of launching outlandish protests, has called for her release.

Zhadanova, who is referred to as a "sextremist" on FEMEN's website, launched the protest as part of the group's "massacre of the innocents" campaign against restrictions on abortions, regardless of fetal development or risks to women's physical and mental health.

In a statement on the website, FEMEN condemns religious groups that promote "anti-humanist ideologies," particularly those that support "the maniacal desire to control women's fertility." The organization signs off by stating "abortion is sacred."

FEMEN is also renowned for LGBT activism and advocating for atheism, among other controversial issues.

In October, Zhadanova was convicted of exhibitionism by a Paris court after having attacked a statue of Russian President Vladimir Putin. During the attack, she had the words "Kill Putin" written across her bare chest.

She has been living in France for two years as a politcal refugee.