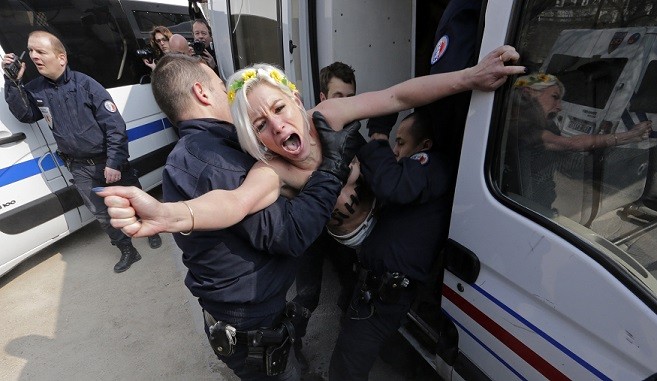 The controversial female protest group Femen wants to recruit British women to join what it calls its "sextremism" movement.

The group, known for staging topless protests against sexist practices around the world, said it wanted the UK to be the 11th country to have Femen representatives who will  "break the patriarchal system with [their] breasts".

Founded in the Ukraine in 2008, Femen soon became an international movement. Activists have stormed the Paris Fashion Show and staged a bare-chested demonstration outside the Olympic Stadium in Kyiv ahead of Euro 2012 draw against what they believed was an attempt to legalise prostitution during last summer's competition in  in Ukraine and Poland.

Founder and leader Inna Shevchenko said she wanted to bring her "naked army" to Britain to protest against a number of issues from Islamic extremism to the royal family. 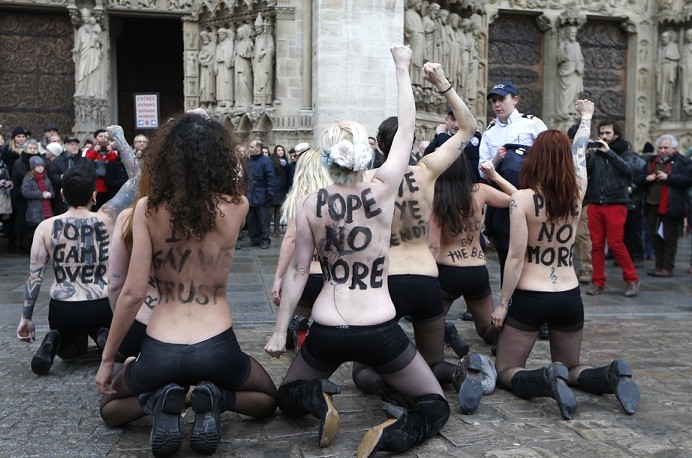 Writing in the Huff Post UK, Shevchenko  said: "The only reason to set up a new national Femen army in any country is when we're called upon by women. British women have joined our naked army, saying 'we need Femen in the UK'.

"Prostitution, laws about immigration, Islamic extremism, will not escape Femen. Femen will always find the way to be where it's needed."

The group previously held a protest in London against the International Olympic Committee (IOC) condemning "violence towards women from Islamist states".

Shevchenko was in the UK recently in order to promote a documentary about the group's activities.

In the Observer, she explained what would-be members could expect.

She said: "You must be physically and psychologically prepared. Of course, you have to support our ideology as a starting point but it is also a question of being fit in your body and mind to fight - to be arrested, struggle with police and jump fences.

"Our main enemy is patriarchy and its three manifestations - dictatorship, religion and the sex industry. These issues are universal."

"The streets of London will be occupied by our naked bodies painted with our political demands and our colourful flower crowns. Feminism is coming back on the street. Suffragettes are replaced by Femen."

There was added controversy surrounding the group when it emerged the radical feminist group was founded by a man who regards the activists as "weak". 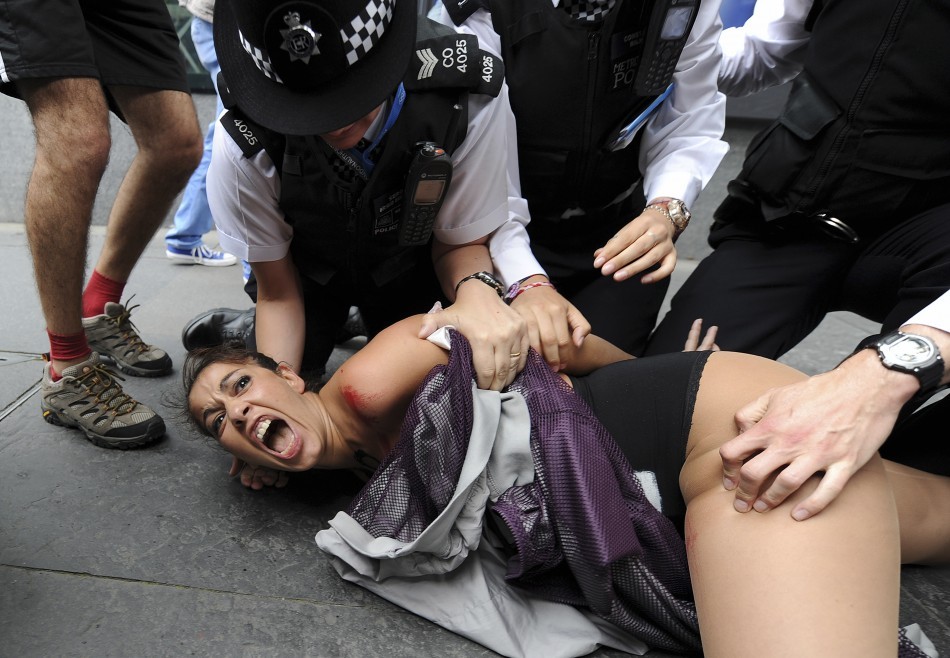