FEMEN — self-described as “an international women’s movement of brave topless female activists” — hit the streets of Paris Wednesday in a protest against ISIS.

Activists of Femen movement organized protest in center of Paris against IS http://t.co/h8ViYxRRAV

Activists of Femen movement organized a protest in the center of Paris against the Islamic State (IS) on Wednesday.

Around a dozen of topless women with mock-ups of the Kalashnikov gun came to the central Champs-Elysees street in the vicinity of Qatari Embassy to protest against Islamic State.

“Rise up against ISIS”, “show infidelity to the Islamic State,” the women were calling out, a correspondent of Demotix photojournalism agency reported Wednesday.

FEMEN France took to Twitter to show off some of their handiwork. (Images censored by Twitchy.) 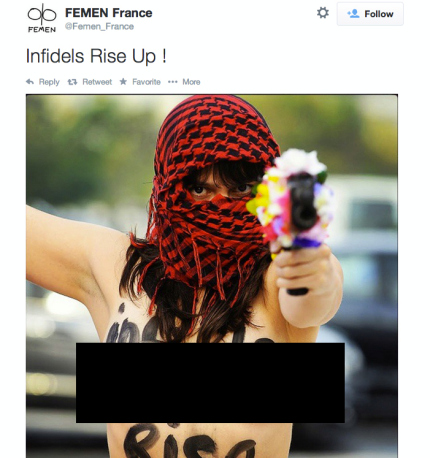 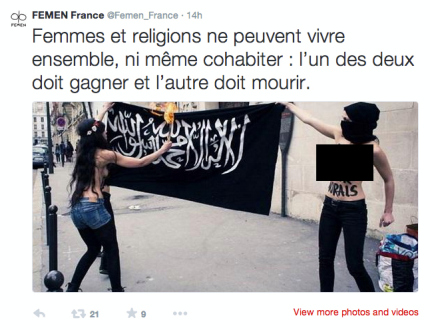 A nice effort, but some were left unimpressed by the topless stunt.

This is what badassery looks like! ISIS should be very scared of this woman [photo]