I’m not really understanding the logic behind this, so needless to say it’s going to take a lot of further study. And I mean a lot. Ukrainian women’s rights activists staged a topless demonstration on Thursday to protest the government sanction of prostitution at the 2012 European Football Championship. The soccer tournament will be co-hosted by the Ukraine and Poland in June, 2012. Basically the protesters are saying that the Ukranian government is trying to legalize prostitution by playing host to an event which will attract a great amount of sex tourism. The group responsible for the protest, FEMEN, is well known in Europe for topless demonstration shenanigans.

A Femen spokeswoman, Inna Shevchenko, said Uefa was “trying to influence our government” to legalise prostitution during the tournament, which will take place in June and July next summer. Uefa will hold the draw for the finals in Kyiv on Friday.

Even though there has been an attempt to pixilate the naughty bits in this video, it’s still slightly NSFW.

*
When it comes to topless protests, pepper spray just won’t do — police prefer to use a more hands-on approach. RT.com: 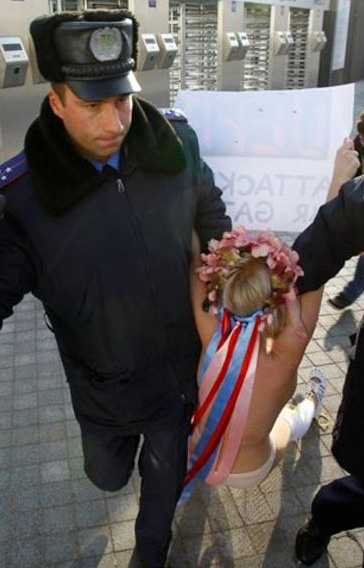 FEMEN protesting at the Vatican in Rome: 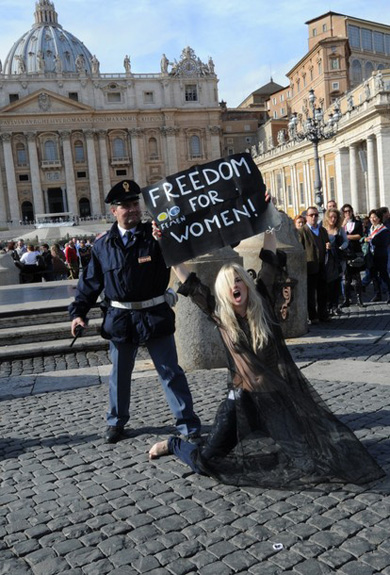 An earlier FEMEN protest in Paris: 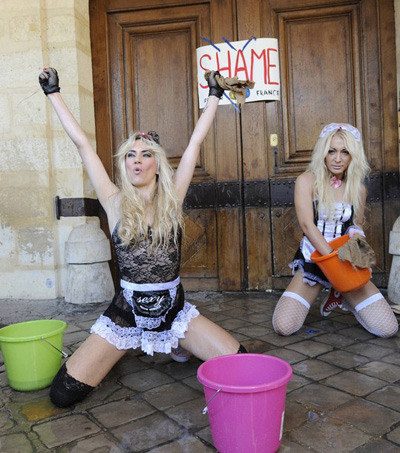