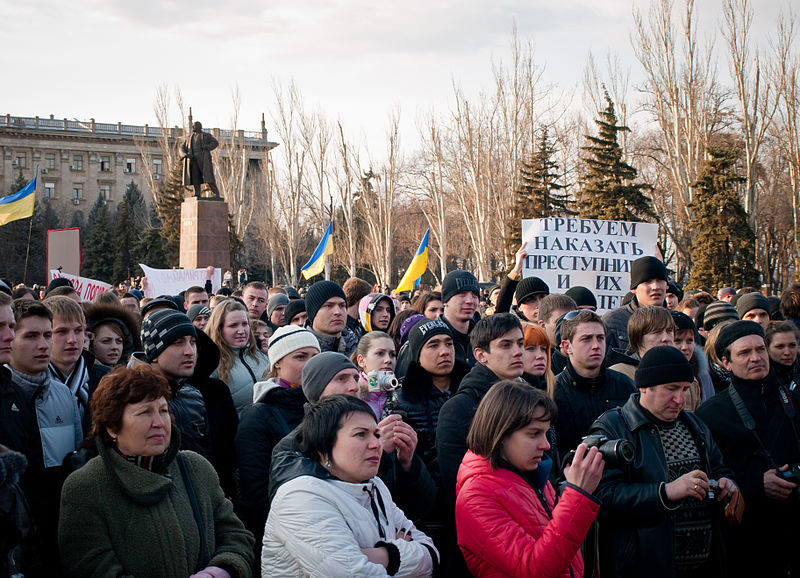 In one of the most heinous crimes in Ukraine’s history, 18 year old Oksana Makar who was found barely alive almost 3 weeks ago in a state of disrepair that had even shocked hardened authorities was yesterday pronounced dead as a result of the barrage of injuries she had incurred during a brutal gang rape at the hands of 3 suspects.

So vile were her injuries that authorities were forced upon admitting her to  hospital to amputate her right arm from the shoulder down as well both her feet, not to mention the internal bleeding and bruising that she had suffered that had put her at death’s door.

Her case gained national attention after her mother insisted on releasing a video tape that she had made of her daughter expressing the disdain and horror of the attack she had suffered. At the time there was fear that her case would upset viewers as being unpalatable but in fact what has proven to upset viewers is the dogma that has allowed hate crimes towards young women like Oksana to once again persist, and worse for those suspected to be accountable for her situation to be ostensibly exonerated of criminal charges because of political connections.

Asked at the time by her mother what she thought should happen to her tormentors the young girl cried that they should have their testicles cut off and fed to dogs, her every breath a sharp dagger as she fought to retain consciousness.

At the time 3 suspected assailants were rounded up, but then almost immediately two were released for undisclosed reasons whilst one was held in custody. It was argued by authorities at the time they did not possess enough solid evidence to prompt an investigation. The mere suggestion of brought incredible scorn and disrepute on the head of the nation’s political office leading to desperate closed door meetings as women’s rights group, Femen proceeded with widespread demonstrations and the nation’s media entities unable to no longer look away began to finally address the appalling extent of Oksana’s victimization.

Said one of the wife’s of one of the suspects at the time, whose attitude best described the macabre attitude towards women in this region:

Maybe he was there, I don’t know. Maybe it really happened, but why is everybody jumping all over him? The guilt can be spread around here, to all four people, including the girl. Why did she go there? Nobody forced her! Everybody is now saying that he alone is a monster. There are people that believe that this girl is not as saintly as she is made out to be. Maybe she provoked them. 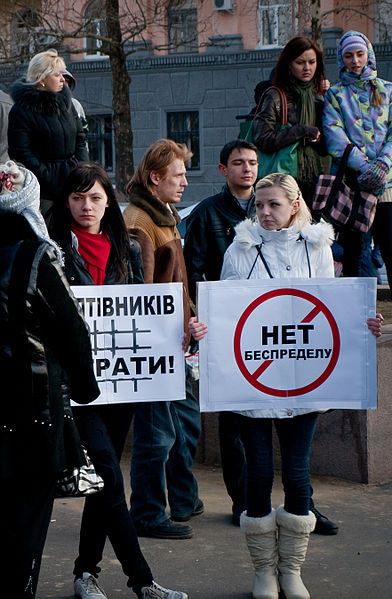 As time passed it soon came to light that the parents of the two of the suspects, Maxim Prisyjnikov, 23,  and 21 year old Artyon Pogosyan who had been released were government officials. This in turn led to a furious scorn of allegations of political corruption forcing the government into crises mode.

But perhaps what most incited the nation was the cool detached reaction of one of the suspect’s being interrogated which one local journal wrote about:

…(T)he suspect, apparently Krasnoschek, describes calmly how he raped and then choked the woman first with his hands and then with a cable. He claims he didn’t set the woman on fire after the three men – thinking she was dead – took her body to an abandoned building nearby.

He says he was only trying to burn a pillowcase they had accidentally taken with them. According to the video, after disposing of Makar, the three suspects went to the supermarket to buy more vodka and, after that, stopped at a street kiosk for tea.

With local media agencies upping the ante and daily protests the norm, the suspects were re arrested and now all three face life sentences for the rape and murder of an eighteen girl, whose case may become the turning point in re assessing perverse misogynistic attitudes towards women in that region which have for the longest time being unofficially sanctioned.

Offered Oksana Makar at the time she was videotaped after being repeatedly implored by her mother: ” I will. I will live on.”

And perhaps despite her death she will indeed live on…. 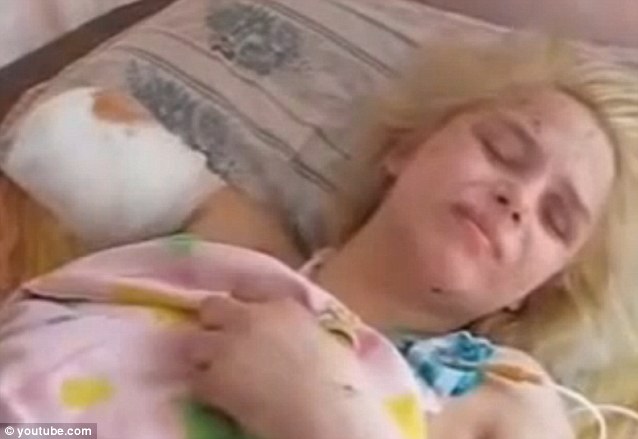