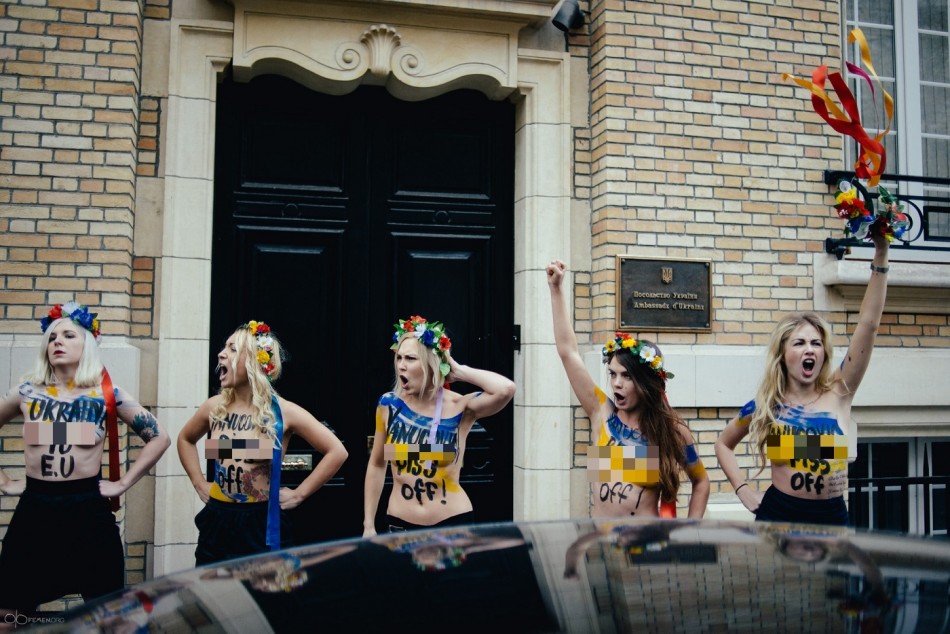 Topless activists with radical feminist group Femen urinated on photos of Ukrainian president Viktor Yanukovich in protest against a crackdown on pro-EU demonstrators in Kyiv.

Five "sextremists" - as Femen calls its members - took off their tops outside Ukraine's diplomatic compound in central Paris to expose their message, then crouched down and urinated on pictures of Yanukovych.

"We are calling the entire world to recognise his [Yanukovich's] opinion as something you can pee on as that is not the opinion of the nation," Femen leader and Ukrainian native Inna Shevchenko told IBTimes UK.

In a separate protest, a topless Femen activist with the words "death to dictatorship" painted on her torso chanted anti-Yanukovich slogans outside the Kyivo-Pecherskaya Lavra Cathedral in Kyiv.

The raids came as hundreds of thousands people took to the streets in Ukraine to protest against a government decision to pull out of an EU trade pact, a decision seen as caving in to pressure by Russia's Vladimir Putin to scupper closer Ukrainian integration with Europe.

On Sunday, up 500,000 people rallied in Kyiv, defying a ban on public demos imposed after protests erupted days earlier.

Police used teargas, batons and stun grenades as they clashed with demonstrators.

Shevchenko said that the crackdown was a symptom of Kyiv's authoritarian drift. The battle against dictatorial regimes was a feminist fight, she added.

"This fight is about humanism and feminism is also about humanism. Human rights and women's rights are on the same level," Shevchenko said.

"We are targeting patriarchy and one of the main manifestations of patriarchy is dictatorship."

Unrest in Ukraine was caused by Yanukovich's rebuttal of a deal granting political and free trade accords with the EU, seen as a milestone on the road to "westernisation" of the former Soviet state.

Shevchenko called on Europe to support protesters and vowed that Femen would stage further protests across the EU. 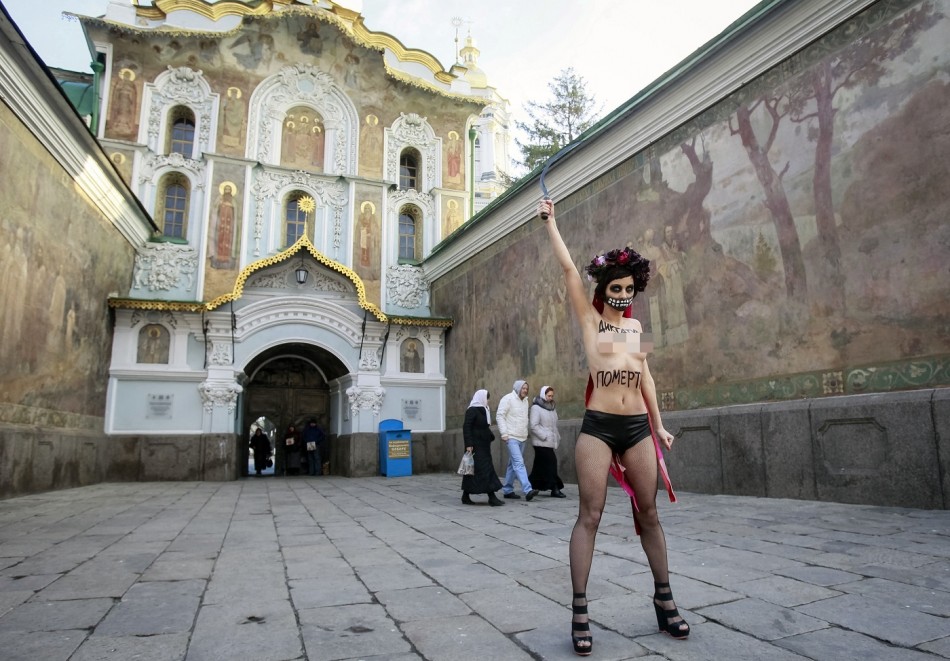