Recently, a new film, Ukraine Is Not a Brothel, directed by Australian filmmaker Kitty Green, about those brazen, bare-chested Ukrainian feminists, Femen, premiered at the Venice International Film Festival.

Having watched Femen closely for over a year, I’m no longer shocked by their tactic of embodied protest. But no one was more surprised than me when I read in The Guardian that a man named Victor Sviatski appeared in the film, claiming leadership of the group, saying, “These girls are weak.. They don’t have the strength of character. They don’t even have the desire to be strong. Instead, they show submissiveness, spinelessness, lack of punctuality, and many other factors which prevent them from becoming political activists. These are qualities which it was essential to teach them.”

Several “I-told-you-so” articles ensued almost immediately, one of them here on rabble.ca. Femen is nothing if not controversial and probably has more detractors than supporters, at least in North America. I was devastated by Sviatski’s comments, but I hadn’t seen the film (and neither did the writers of the aforementioned articles).

Something told me this wasn’t the whole story. 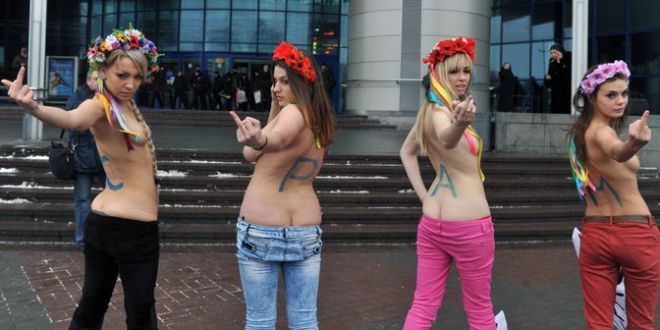 Femen  emerged in Kyiv in Spring 2008 during a period of increased gender activism. The way Femen activists tell it,  after attending an exchange program for women leaders, hosted by Northampton Community College in Pennsylvania,  Femen co-founder Anna Hutsol decided there was a need to produce a more challenging model of protest than that deployed by earlier feminists. Another of the founding members is an artist; the women decided to create a group that would have a strong visual presence. Although they did not, initially, appear topless, they used sexuality both as tool and object of their protests. In the photo below, they can be seen protesting sexual harassment in academia.

Femen's current signature tactic is appearing at their actions topless, a tactic that has historically been used by women protesters in India, Korea, by Doukhbours in North America, and by Slutwalk protests in Canada. Their initial slogan was “Ukraine is Not a Brothel” and their toplessness, I would argue, is a fascinating acting out of the exoticization and sexualization of the Ukrainian female, the opposite side of the coin of her domestication. Jessica Zychowicz writes, “Femen's artistic 'spectacle' and very clever use of political parody, combined with their social capital in both street and new media contexts, renders them unprecedented as a protest group in the classical liberal sense ..." 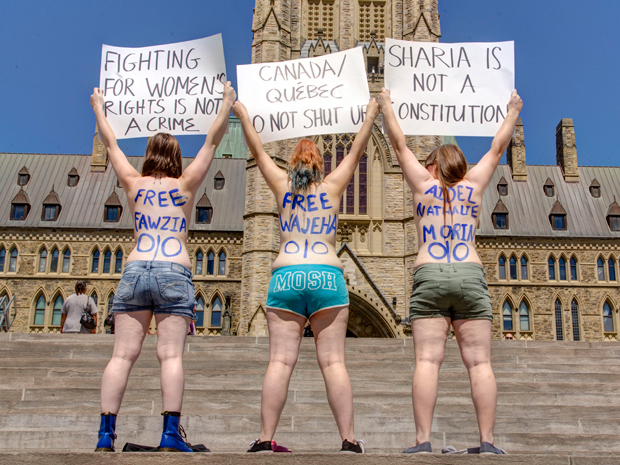 Like their even more famous counterparts Pussy Riot, Femen engages in digital culture both as mode of dissemination and in the open-source structure of their group. Both groups are products of decentralized networked-era culture and as such form a fascinating example of feminist organizing based on peer collaboration. Femen and Pussy Riot both welcome the formation of groups in their name; Femen now has branches in over a dozen countries including Tunisia, Switzerland, U.S., Canada and, most recently, Mexico.

Both Pussy Riot and Femen exist more in virtual rather than real space and time. Zychowicz observes that since 2010 Femen has been “outsourcing much of their street-performance actions to textual and photographic representations of 'protest' on their blog, Facebook, and Twitter accounts. Ten-minute street-performances in real-time were traded for five-second photo ops that the group could frame with comments and disseminate in virtual space." 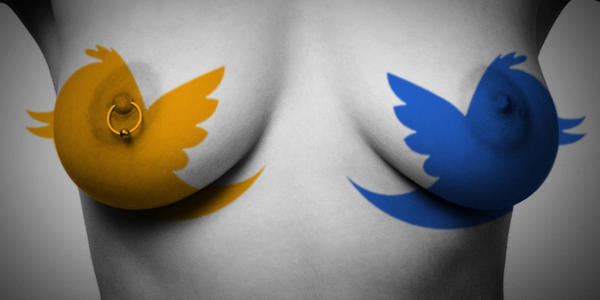 I study affect, those passionate, contradictory and contagious embodied feelings that occur in the movement between Internet and audience. As a queer diasporic feminist of East European descent, I find myself filled with feeling as I watch Pussy Riot’s and Femen’s videos and interviews on YouTube. The feelings are contradictory, for sure: their nudity makes me uneasy, worried for thier safety.  On the other hand, I’ve never seen East European feminists address lgbt and poverty issues with as much fervor as these groups, let alone seen such intersectional and transnational feminism emerge from the land of my ancestors. For example, they recently marched in the Paris Pride Parade, in support of same-sex marriage.

Pride, excitement, fear, and sometimes shame, too, have filled me as I track Femen night after night across cyberspace. Their slogans are provocative: Breasts as Bombs! Sextremism! A Peaceful Al Quaeda! Their messaging opens up spaces for contradictory and contagious affects. Sara Ahmed has described how feminism can operate simultaneously as the “origin of bad feeling,” or, alternatively, of  “fellow feeling.” Femen provides a vivid example of this.

By appearing topless, OR by using explicit sexual or obscene language, both groups are explicitly locating the female, queer or sexualized body as locus of oppression and, in turn, using that same body to challenge this oppression. This is especially significant in the post-Soviet era, when the female body, once existing only for labour, for working in field and factory, suddenly became westernized and hyper-sexualized. Femen’s and Pussy Riot’s explicit representations and lyrics can’t help but evoke a body caught between modesty and sexual excess, a body seeking balance, a body imbalanced, a riotous, shit-disturbing body both of Communism and capitalism, east and west. 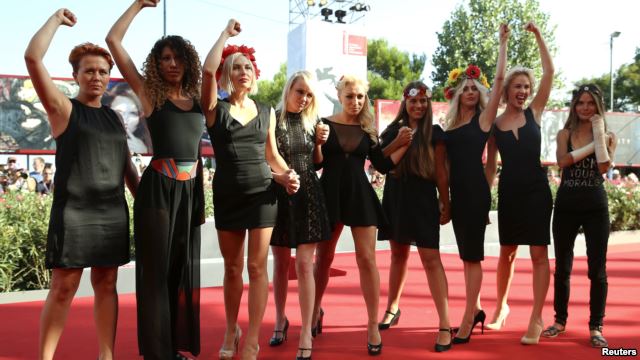 A few days after the Venice premiere, Inna Shevchenko wrote an elegant coda to the film and its shocking revelations, also in The Guardian. She concedes that Sviatski did lead Femen, “some time ago, ” but is not a founder of the group. She explained that the extremely patriarchal culture of Ukraine allowed for this. She described Sviatski as “He is sexism, male domination, and oppression against women personified.” Shevchenko left Ukraine for Paris a year ago, in part to remove herself from Sviatski’s influence, and most of the other founding members have followed suit. 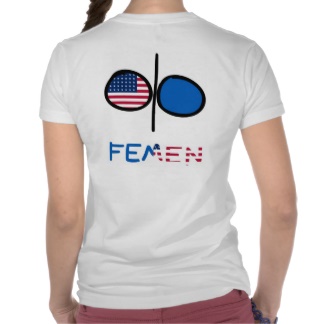 Shevchenko writes eloquently, courageously, I think, in admitting this: “When he [Sviatski] presented himself as the father of our new feminism, I was taken aback by such a brave declaration -- one that only a man could make in my country […] why have we suddenly acquired a father? Where is the mother? […]From that moment on, I realized that the patriarchy was not somewhere outside. It was right in front of us, in Femen's office.”

Femen and Pussy Riot, no matter their origins, are now at the forefront of a global resurgence of feminism. This is a new kind of feminism: post national, anti-nationalist, fully transnational. And, it has emerged from the east. Perhaps this makes western feminists uneasy. It’s not how we would do it; therefore, it can’t be a real movement. 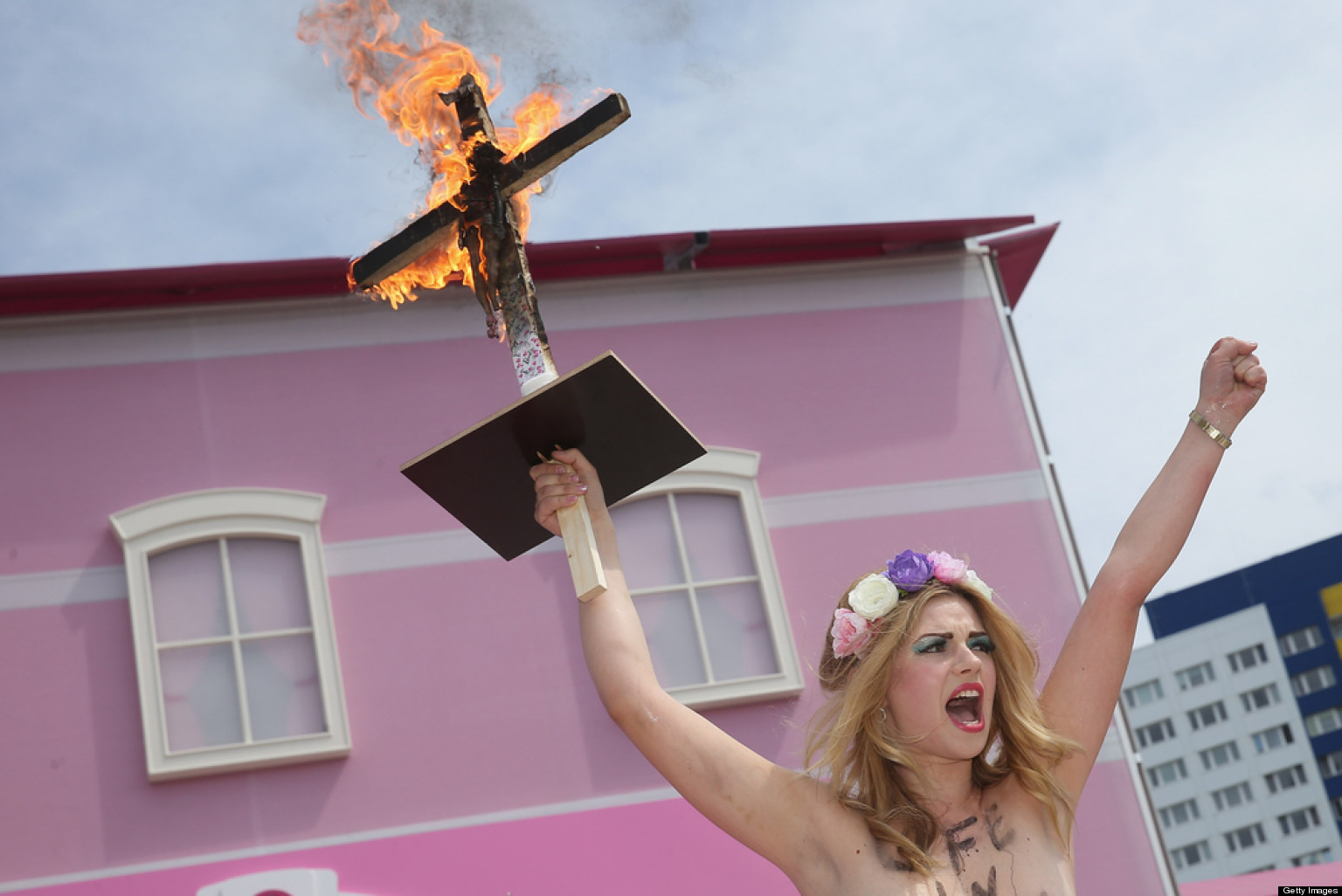 Are Pussy Riot and Femen spectacle or activism? Real or virtual? Their virtual feminism produces both bad and good feelings. In that moment of confusion, a classic culture-jamming tactic, we are made to stop and consider how digital cultures have changed forever the way we organize. But more crucially, Femen's performance art spectacle raises important questions about what global feminism is, where it’s going, and we in the West can understand, rather than judge it.