Instead of jaws dropping to the floor when Ukranian feminist group FEMEN crashed Nina Ricci’s spring runway earlier today, industry old timers like Suzy Menkes didn’t bat an eyelash at the intrusion (see photo below). Time is of the essence during fashion month, and storied editors such as Menkes have seen such charades before and are just trying to do their job.

Also remaining admirably professional amidst the chaos were the models – particularly the one who got caught in the protestors’ path. She kept strutting along, even as she was grabbed by the blonde duo before they were subsequently removed by a security guard.

FEMEN was protesting the fashion industry’s sexualization with one of the crashers’ body painted with the words, “Models don’t go to brothels,” which is presumed to be a fashion week take on an earlier slogan, “Ukraine is not a brothel.”

On FEMEN’s Facebook page, the group posted the following:

As far as we can tell, the show carried on as if nothing had happened, which is a testament to the fact that it would take an army to ruffle the feathers of fashion’s elite. 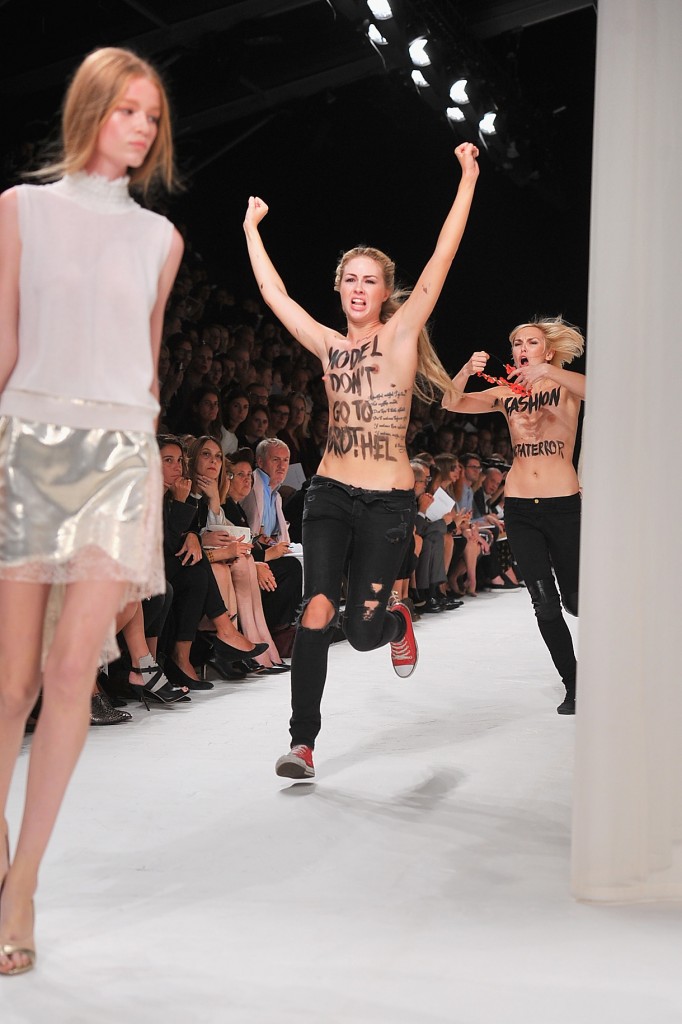 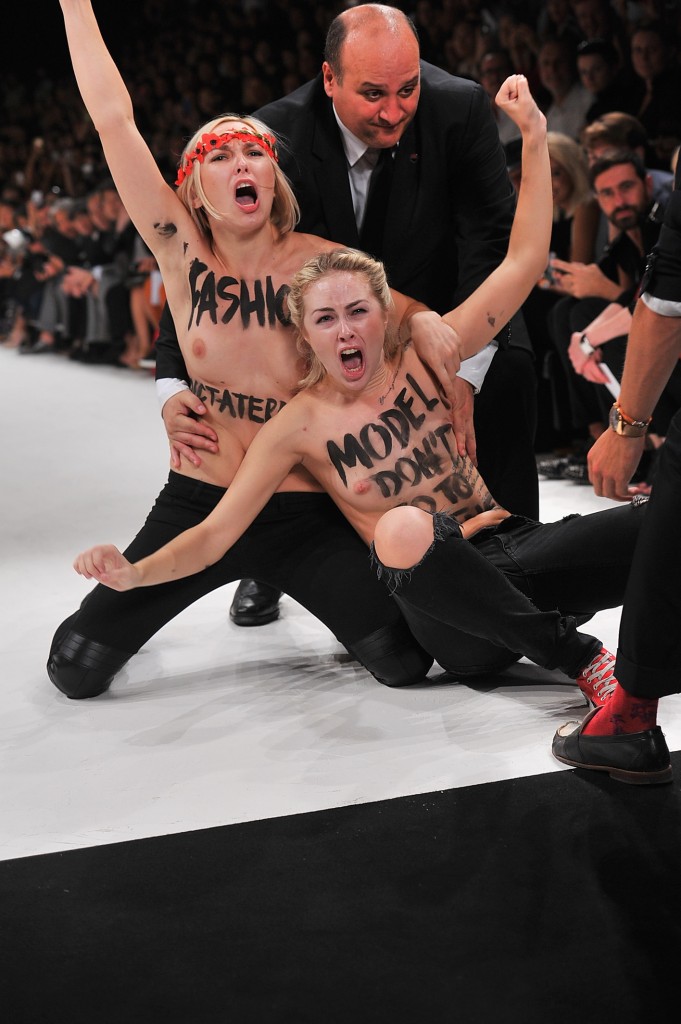 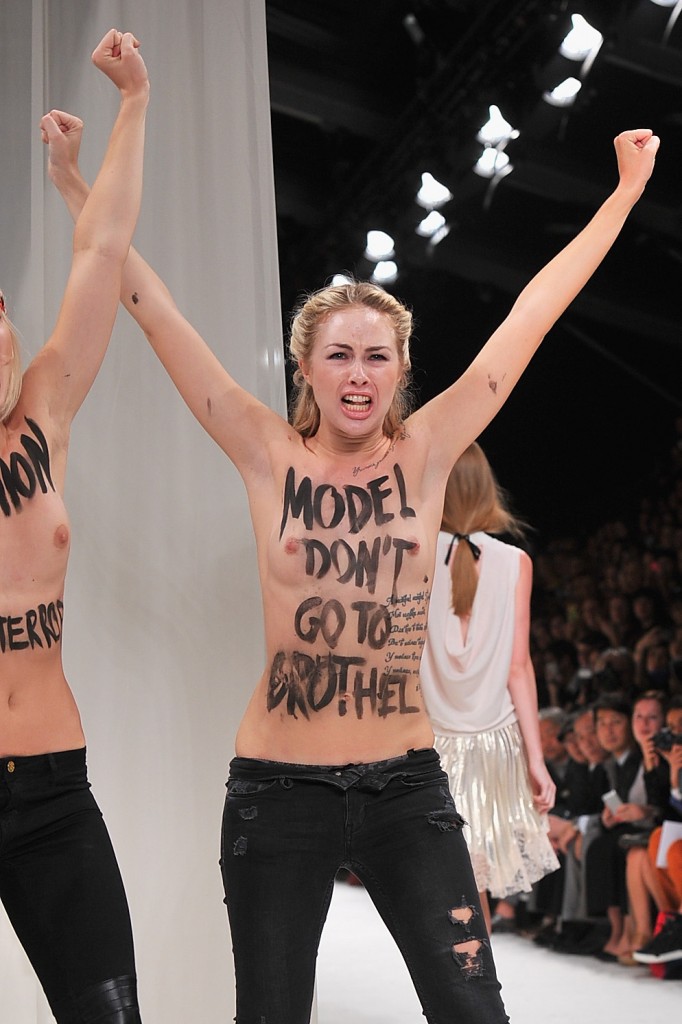