The European soccer championships in Poland and Ukraine kick off in Warsaw on June 8. RFE/RL takes a look at how Eastern Europe’s biggest sporting event in decades adds up.

2 -- the number of animals jostling for the mantle of the late Paul the Octopus, who won worldwide fame for predicting World Cup soccer results. Ukraine has a psychic Pig, a telepathic hog that will try to divine the outcomes of games, while Poland has Citta the Elephant. But the competition could stiffen. Other animals such as Ukraine’s Fred the Ferret have also been touted as having psychic talents.

3 -- the number of times the Germans have lifted the European Championship trophy after reaching six finals. They are the competition’s most successful team, but as Euro 2008 and World Cup 2010 winners, Spain is the team to beat.

8 -- the number of stadiums hosting matches across eight cities. They are Ukraine’s Donetsk, Kharkiv, Kyiv, and Lviv, and Poland’s Gdansk, Poznan, Warsaw, and Wroclaw. Warsaw hosts the first match; Kyiv hosts the final on July 1. 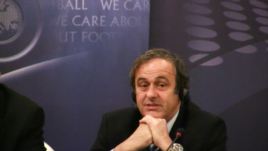 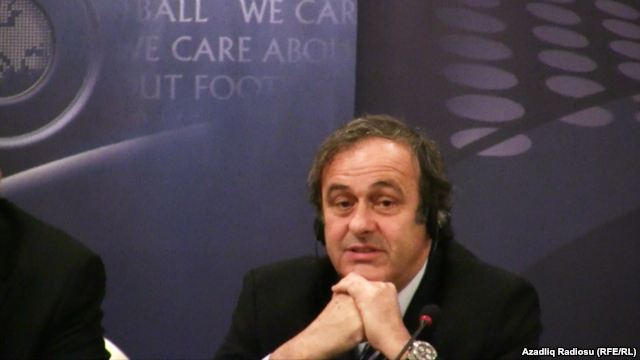 French soccer legend and UEFA President Michel Platini
​​
9 -- the number of times the Euro's all-time top goal scorer, Michel Platini, the ex-France striker and current UEFA president, hit the back of the net at just one tournament in 1984.

16 -- the number of nations from an initial 53 that are heading to Ukraine and Poland after making it through the qualifying rounds.

31 -- the percentage of Ukrainian respondents in a recent survey who said they didn't think the Euro tournament would help the country's image. And that was before the British press began railing against Ukraine in regard to racism, prostitution, a high incidence of HIV, politically motivated arrests, corruption, and images of brawling parliamentary deputies, which were broadcast to the world.

50 -- the number of toilets available for up to 10,000 Swedish fans expected to set up camp on an island in the Dnieper River in Kyiv.

65th -- Poland's FIFA soccer ranking in the world, making it -- on paper at least -- one of the weakest teams ever to host the European Championships. Poland’s FIFA ranking has slumped since 2007 when it hit its highest-ever world ranking of 17. Ukraine is ranked 50th.

70 -- the number of years since the legendary 1942 “Death Match” between a team made up of Nazi troops and “Start,” a Ukrainian side comprising players from FC Dynamo Kyiv.

According to the story, the Ukrainian side thrashed all its opponents and in a final match was instructed to lose by an SS officer, but instead won 5-3. Some of the victors were later arrested and executed by the Gestapo, although a German court in 2005 ruled that the executions were not linked to the soccer match. 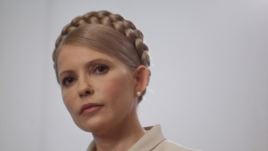 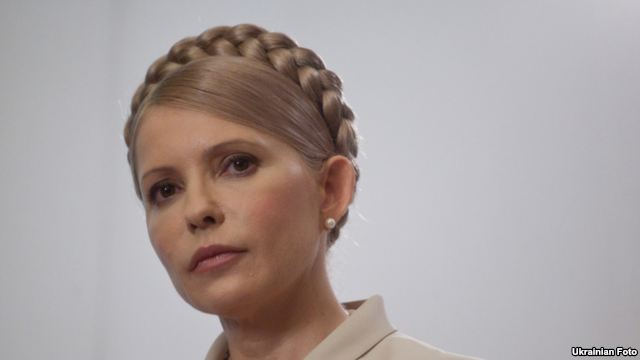 Many European leaders tend to agree. Some have vowed to boycott the Ukrainian part of the tournament in protest. Tymoshenko is being held in Kharkiv, which hosts Ukraine’s first match on June 9.

300 -- the number of Femen activists waiting in the wings for protests across Poland and Ukraine. The raucous, radical Ukrainian feminists have gained a cult following by taking off their tops in public draw attention to Ukraine’s booming sex industry and rampant human trafficking.

Femen has promised to increase the agit-strip antics to disrupt the Euros, which they believe will greatly fuel prostitution. Last month, Femen activists twice tried to steal the Euro championship trophy after stripping to the hips to reveal their latest slogan in black ink scrawled across their bare chests: “F*** Euro 2012.”

800 -- the cost in U.S. dollars of an apartment per night near the match venue in Kyiv.

1,400 -- the number of electronic-voice translators handed out to Ukrainian police officers to help them communicate with the huge influx of tourists.

1960 -- the year the European Championships were founded. Frenchman Henri Delauney is the man credited with the idea of an international championship in Europe, but he died five years before the tournament ever took place. The winner’s trophy is named after him.

52,000 -- the number of sex workers in Ukraine last year, according to the International HIV/AIDS Alliance. 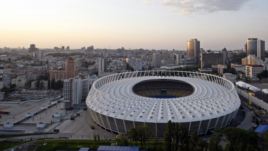 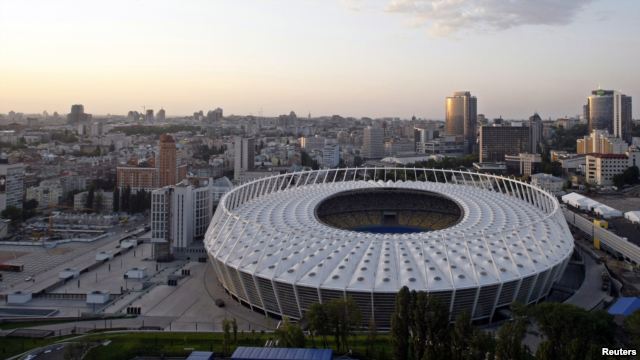 Kyiv's recently renovated Olympic Stadium
​​
68,000 -- the capacity of Kyiv's Olympic Stadium, first opened in 1923 and renovated last year. The stadium, which hosted the football event at the 1980 Moscow Olympics, will hold the final of Euro 2012 on July 1.

1,000,000 -- the number of tourists that Ukraine hopes will attend the Euros and thus transform the post-Soviet country of 46 million into a tourist mecca.

150,000,000 –- the number of international viewers expected to tune in for the tournament's opening ceremony at Warsaw’s National Stadium. The short ceremony, 20 minutes before Poland faces Greece, features a pageant and a rendition of Polish composer Frederic Chopin’s etudes by Hungarian pianist Adam Gyorgy.

13.4 billion -- the number of dollars that have been spent on Ukraine’s preparations for the tournament, including $6.6 billion from state coffers, according to Reuters.