KYIV, Ukraine (AP) - Ukrainian women's rights activists have staged a topless demonstration at Kyiv's Olympic Stadium to protest what they say are attempts to legalize prostitution during the 2012 European Championship. Five members of the Femen group chanted slogans and displayed banners criticizing tournament organizer UEFA. Femen spokeswoman Inna Shevchenko says UEFA is "trying to influence our government'' to legalize prostitution during the June 8-July 1 tournament. UEFA is making the draw Friday. Kyiv police arrived at the gates of the downtown stadium five minutes later. The END_OF_DOCUMENT_TOKEN_TO_BE_REPLACED
Dominique Strauss-Kahn — accused of sexually assaulting a maid in a New York hotel in May — has celebrated his wedding anniversary with wife Anne Sinclair in Paris. Meanwhile, Strauss-Kahn's supporters suggested that a story in the New York Review of Books provided evidence that the sex scandal was part of a plot the party of President Nicolas Sarkozy to disgrace the former International Monetary Fund chief. According to The Independent, the END_OF_DOCUMENT_TOKEN_TO_BE_REPLACED
A naked woman in a city's central square is bound to attract attention, which is exactly what Ukraine’s Femen group is hoping for with a series of high-profile demonstrations against the abuse of women's rights which has made the news across Europe. ­And as RT found out, the Ukrainian feminists are ready to conquer new horizons. On a chilly morning in Kyiv, half-naked women in racing outfits drink champagne and chant slogans. This is how the Femen movement celebrated the resignation of Silvio Berlusconi. Several days prior to that, Femen were in Rome, lending their support for the anti-Berlusconi END_OF_DOCUMENT_TOKEN_TO_BE_REPLACED
By protesting everything, the FEMEN women's rights group actually protests for nothing. The embarrassing FEMEN show went international last week, when a handful of the publicity-crazed group exposed their breasts in France, Switzerland and Italy. The movement began in 2008 when a group of female students started protesting Ukraine’s prostitution problem by dressing provocatively and marching through central Kyiv carrying signs reading “Ukraine is not a bordello.” FEMEN’s intentions appeared good: They brought international attention to a serious END_OF_DOCUMENT_TOKEN_TO_BE_REPLACED 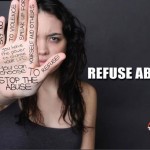 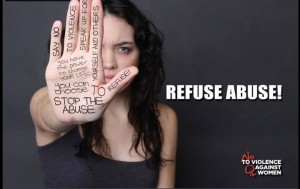 END_OF_DOCUMENT_TOKEN_TO_BE_REPLACED

Streakers, nudists and scantily dressed protestors, they manage to grab our attention for their sheer outrageousness, daringness and lack of inhibitions. However, while we cannot avoid having our attention riveted by a woman running topless across a football pitch, do naked protestors hold the same solemnity, urgency and ‘respect’ as those protesting with their clothes on? Ingrid Newkirk is a well-known animal rights activist and president of People for the Ethical Treatment of Animals (PETA), the world’s largest animal rights organisation. Much of Newkirk’s notoriety can be pinned END_OF_DOCUMENT_TOKEN_TO_BE_REPLACED
November 14, 2011 | 16:37 Opponents of Italy’s Prime Minister Silvio Berlusconi siege his residence - Palazzo Grazioli upon the news of his retirement. A whole political manifestation gathered in few minutes, reports Corriere della Sera. Excited demonstrators shouted insults and threw 10 and 20 cent coins over the gates.Another demonstration gathered at Montecitorio palace, where sits the Parliament. The protestors were holding banners that read "Go away", people were calling to put handcuffs on, others simply sent him to hell.In the meanwhile activists of Ukrainian FEMEN celebrated Italian macho’s END_OF_DOCUMENT_TOKEN_TO_BE_REPLACED
Topless women from the Ukrain gathered under the Pope's balcony at the Vatican to protest what they say is the Catholic Church’s misogyny. The rally on Sunday, November 6, 2011, was arranged by activists of the Ukrainian Femen women's rights movement. Ilona Staller, age 59, a former porn star called la Cicciolina, known for giving political speeches with one breast exposed and a member of Parliament, allegedly supports the protest.  According to Ukrainian Ridus news agency, it was Staller who invited Femen to Italy in the first place.  But officially, it was Oleksandra Shevchenko, the END_OF_DOCUMENT_TOKEN_TO_BE_REPLACED
A member of the Ukrainian women's rights group Femen was detained in the Vatican on November 6 after holding a topless protest against the Roman Catholic Church's "misogynist policies" under the balcony of Pope Benedict XVI. Wearing tight black END_OF_DOCUMENT_TOKEN_TO_BE_REPLACED
Four activists from Ukraine's Femen movement have stopped traffic during a naked antiexploitation protest in Zurich. On November 10, the demonstrators stood at a central intersection in the Swiss city wearing labels with a price tag saying: "$5.99 dollars, made in Ukraine." Surrounded by photographers, they blocked the road in the area where prostitutes often operate, shouting "Women aren't merchandise." Many prostitutes in Switzerland come from poor Eastern European and Latin American countries. The women arrived in Switzerland at the end of October for a tour of Europe which END_OF_DOCUMENT_TOKEN_TO_BE_REPLACED